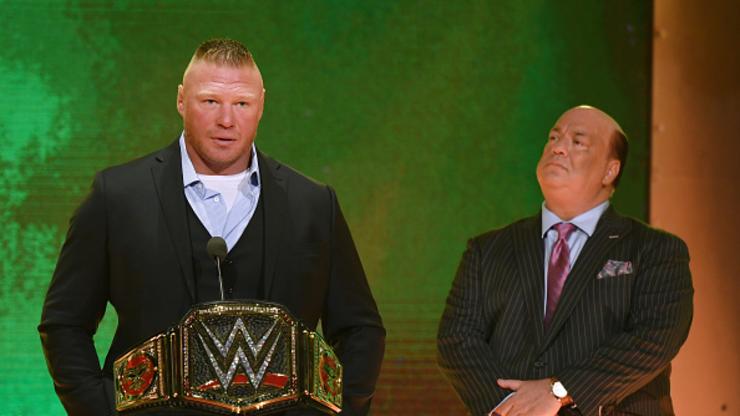 WWE Heavyweight Champion Brock Lesnar has been uncharacteristically present on numerous episodes Monday Night Raw to start the year, and there are a couple more appearances lined up in the coming weeks.

For instance, Bell MTS Place in Winnipeg, Manitoba, Canada has announced that The Beast Incarnate will be in the building on February 24th ahead his title defense against Ricochet at the Super ShowDown event in Saudi Arabia. Furthermore, The Barclays Center in Brooklyn is advertising Lesnar for Monday Night Raw on March 2nd.

Lesnar’s next match will take place at International Arena at The Boulevard in Riyadh, Saudi Arabia on Thursday, February 27th. The build to Brock’s latest “David vs Goliath” matchup started back in January, prior to the annual Royal Rumble PPV, when Ricochet interrupted Paul Heyman’s in-ring promo. Lesnar delivered one his patented low-blows once Ricochet entered the squared circle and they’ve been on a collision course since then.

Things escalated during the 30-man Royal Rumble event, when Ricochet reciprocated with a low-blow his own, which helped Drew McIntyre eliminate Brock en route to becoming the last man standing. Lesnar and McIntyre will do battle at Wrestlemania 36 in April, but first Brock has some unfinished business to settle at the Super ShowDown event in Saudi Arabia.