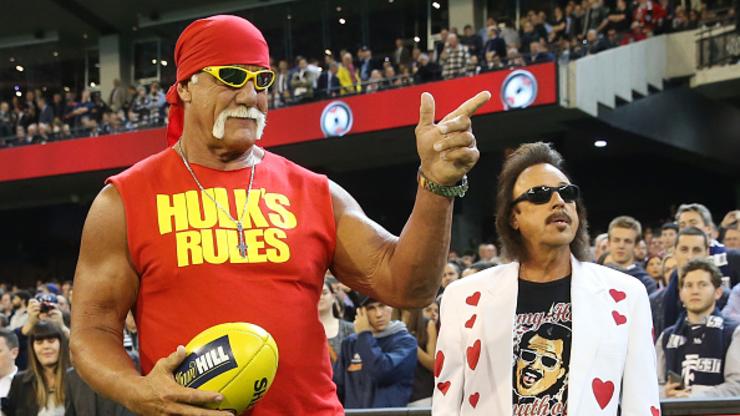 WWE Hall Famer Hulk Hogan to appear on tonight’s episode SmackDown on Fox – will “The Fiend” be lurking?

The WWE has made a late addition to their Valentine’s Day episode  SmackDown on Fox, as Hall Famer Hulk Hogan is now confirmed for tonight’s show at Rogers Arena in Vancouver, Canada. The announcement comes amidst rumors that The Hulkster will be among the WWE superstars traveling to Saudi Arabia for the Super ShowDown event on February 27th.

The ficial WWE preview states that Hogan will address his upcoming Hall Fame induction as a member the nWo.

Whatcha gonna do when Hulk Hogan and Hulkamania run wild on you this Friday night?

That’s right — the WWE Universe will get to see The Hulkster himself this week on SmackDown! Hogan will appear to discuss his upcoming induction into the WWE Hall Fame as a member the nWo. The Immortal’s second Hall Fame induction will come Thursday, April 2, during WrestleMania 36 Week alongside fellow nWo members Scott Hall, Kevin Nash and Sean Waltman.

What will The Hulkster have to say less than two months ahead the Hall Fame Induction Ceremony? Find out by tuning in to SmackDown this Friday night on FOX at 8/7 C!

Is it possible that he’ll have a run in with WWE Universal Champion “The Fiend” Bray Wyatt, as well? Wyatt is already scheduled to face Goldberg at Super ShowDown, but if there’s one thing we’ve learned it’s that whenever a legend is present, “The Fiend” is always lurking and ready to pounce.