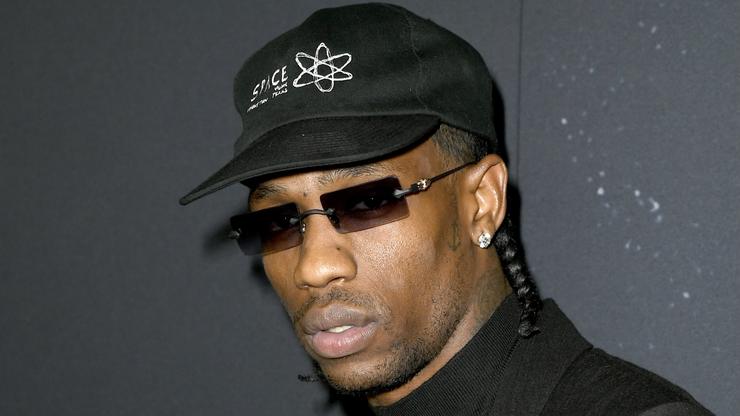 Travis Scott has been facing plenty of backlash over the last week after a mass casualty incident took place at his annual Astroworld Festival last weekend. The rapper has put out a few statements on social media since, but has remained mostly quiet since the tragedy occurred, likely to prevent any further legal ramifications.

Just one week after the concert that took the lives of nine people took place, a woman spent her day protesting outside of the 30-year-old’s Houston mansion, holding two large signs in her hands. “Travis Scott lives here,” one reads, while the other includes a list of people she would like to see held accountable for the loss of life. “You destroyed lives, you deserve bankruptcy,” she wrote.

According to ABC 13, the woman wished to remain anonymous, but did provide reporters with a few statements. “It was multiple levels of failure, by the event organizers, the performers, officials,” she explained. “Local city ordinances and permits were clearly overlooked, security protocols were clearly not implemented when this was declared a mass casualty incident. That’s why I’m here.”

The article shares that TV cameras would occasionally stop by to collect footage, and the occasional person honked while driving by. At several points throughout the day, the security guard got out of his vehicle to shoo away unwelcome visitors from the property.

“I think these parties should go bankrupt,” the protestor said, pointing at the Instagram handles of Scott himself, as well as Kylie Jenner, Drake, NRG Park, Live Nation, Apple Music, and Cactus Jack. “I haven’t seen an apology from any of the parties involved, and I understand they’re probably tight-lipped for legal purposes, but this was a mass loss of life for a concert. And it was completely preventable.”

Do you think that more people should be protesting outside of Scott’s house, or does he deserve a break from the backlash? Share your thoughts below.