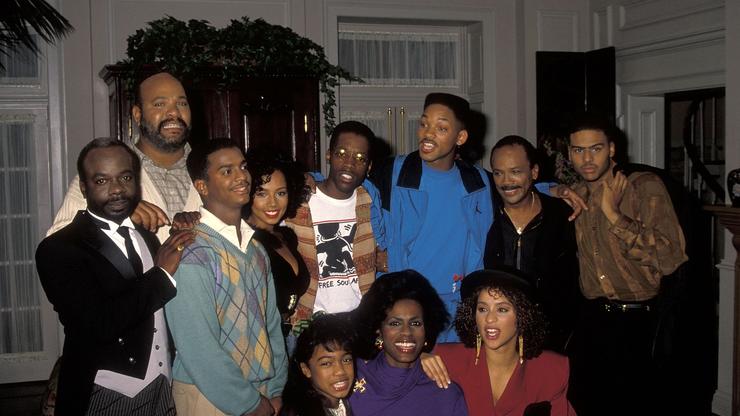 Will Smith shared a glimpse of the 90s-era classic show’s upcoming reboot.

After announcing in September that a Fresh Prince of Bel-Air reunion episode would be coming to fruition sometime this year, Will Smith shared a trailer of the reboot on his Instagram early Friday morning. Having been taped in September, the unscripted special will be hitting screens next week on November 19th on HBO Max.

The two-minute clip of the surefire hit shows cast members gathered in the Banks’ living room, candidly reminiscing about the esteemed sitcom’s six-season, 148-episode run. Joining Smith for the reunion are Tatyana Ali, Daphne Maxwell Reid, ALfonso RIbeiro, Karyn Parsons, Joseph Marcell, and DJ Jazzy Jeff. The crew also pay tribute to James Avery, who played the beloved Uncle Phil, and passed away in 2013 from open-heart surgery complications at the age of 68.

“James Avery was this 6-foot-4 Shakesperean beast and I wanted him to think I was good,” said Smith to his castmates in the reunion, before the iconic clip of his and Uncle Phil’s “how come he don’t want me” scene plays. “I fall into his arms at the end of the scene and he’s holding me and the shot pans off and he whispered in my ear, ‘Now, that’s acting.’”

The project has been in the works for several years, and will finally be upon us next week. It was revealed last summer that Morgan Cooper, who directed the dramatic, viral 2019 BEL-AIR trailer, will be involved in the writing of the upcoming reboot. Earlier this year, Smith and former castmate DJ Jazzy Jeff filmed a tour of the infamous “Fresh Prince” home.

Check out our Top 10 Best Fresh Prince of Bel-Air Episodes ahead of the reunion.