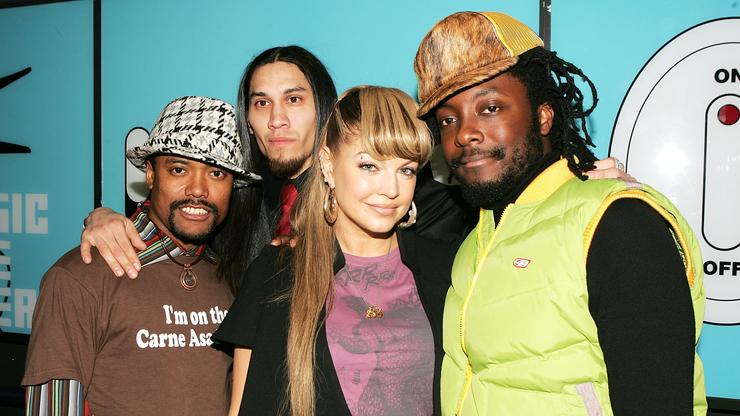 He said he was “hurt” they weren’t considered a “Black group,” but Hill said in a video, “You want that same community to validate you and you put a White girl in that place.”

For decades, the Black Eyed Peas has been an innovative Pop-Hip Hop collective. They’ve shifted members throughout the years, but the bulk of their career included will.i.am, Taboo, apl.de.ap, and Fergie. Since the latter’s departure, the Black Eyed Peas has added J. Rey Soul and has continued to perform live, but will.i.am recently expressed that he was “hurt” that the quartet hasn’t been widely accepted as a “Black group.”

When the Black Eyed Peas first came onto the scene, their fourth member was Kimberly Hill. She’s spoken at length about her time with the group and has previous shared that she decided to part ways after she was asked to compromise to become the sexy, sultry member of the group and after leaving, she was replaced by Fergie. Kim took to her Instagram to release a statement about will.i.am’s recent comments and she had a bone to pick with her longtime friend.

“It’s a bit insulting that…I’ll speak to you directly Will. I love you. I’ve made it plain. I’ve made it clear. And I’ve supported the Peas post my departure publicly and privately,” said Kim. She added that she’s reached out to and spoken with all of the guys over the years. “It wasn’t—it’s not my band. It’s not what I was in and that’s totally fine.”

However, Kim added that it’s not the Black community’s responsibility to “celebrate you as a band when you didn’t celebrate us.” She spoke about her New York Times documentary where she discussed her time with the group and noted that the majority of the comments “come from Black women who clearly say it feels like cultural smudging.”

“A Black woman had a part in something really magnificent and I don’t understand it… I joined the group in 1995,” said Hill, who mentioned the year because in the conversation between will.i.am and Wyclef, photos of the group with Fergie were presented. “I was apart of two critically-acclaimed albums. I co-wrote on, I performed all over the world, as did another Black woman, Macy Gray. How does that get left out of the conversation? You’re sitting next to Wyclef who was also there.”

“You have the same community that helped build you and was the foundation of us coming out of the Native Tongue movement to now hold you in the space that we hold Mos Def, De La, and Tribe, and Phife may he rest in peace, and Slum Village, and these are all our people because we all toured with them,” Hill continued. “And all these brothas hold me, ’til this day, to the highest regard and I don’t get it from you, not publically. And you want that same community to validate you and you put a White girl in that place.”