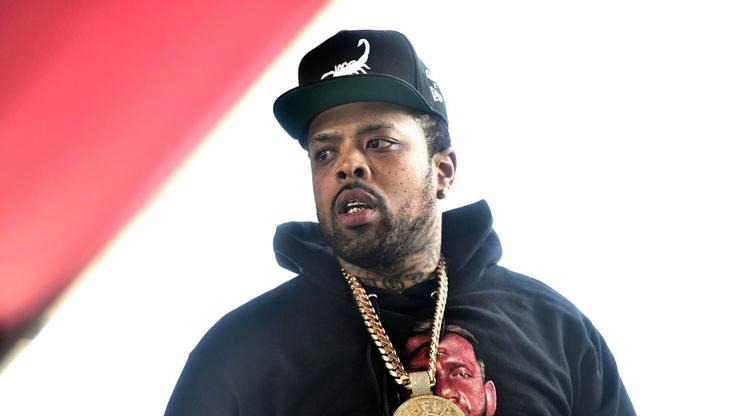 Ahead of his big Shady Records debut, Westside Gunn takes a moment to reflect on everything he has experienced in the game so far.

Westside Gunn has been one of the game’s most prolific emcees, gearing up to deliver his third album of the year Who Made The Sunshine tonight at midnight. Where this one differs from the rest, however, is the fact that it marks Gunn’s first major-label project, specifically Shady Records. Featuring a stacked roster of supporting talent, including Conway, Benny The Butcher, Slick Rick, Busta Rhymes, Jadakiss, Armani Caesar, Boldy James, and more, Who Made The Sunshine’s imminent arrival went on to spark a lengthy and emotional moment of reflection from Gunn.

“THIS MIGHT BE THE REALEST POST I EVER MADE!” he prefaces, alongside a slideshow timeline of pictures. “Looking thru these pics reminiscing I drop real tears seeing how far I came E.S. Buffalo Kid wit a vision U see ChineGun & Benny right behind me while I was styling, growing up I always was fly, a innovator, I talk this ART life bc I was doing comics at 9yrs old, I talk this fashion life bc I was having ppl wear my clothes I designed at 13yrs old.”

“Its krazy bc as much as murals I have all over the world and tattoos of me on ppl all over the world came in the HATE, it’s ppl who really hate me,” he continues. “When All I did was provide a bigger lane to a sound that was dead in the mainstream eyes, just imagine if it wasn’t for FLYGOD how many ppl would be starving?”

“Everybody doing clothing lines and merch, everybody doing Vinyl, just look at ppl Art covers that’s All ME, I read Genius and they don’t even have my lyrics right that’s how advanced of wat I say is,” he writes. “so Ofcourse the avg listener won’t get it they want it simple bc they don’t understand the Fly life/ART so that’s makes me trash, NO that makes u behind, 10years from now ppl will get it they’ll understand that I’m on the Mt. Rushmore of Curators.”

“WHO MADE THE SUNSHINE is probably my first & last album on a major,” continues the post. “And I just wanna personally thank everybody who stood behind me from Day1 I did everything imaginable in the streets, prison, and now Music, look at the BET HIPHOP awards coming and were not even nominated for NOTHING but I influenced half the list. I love u All and hope u enjoy my @shadyrecords album that y’all been waiting on and Support if u love HipHop.”

Check out Gunn’s full reflection below, and look for Who Made The Sunshine to arrive in full this evening — are you curious to hear what a Westside Gunn Shady Records album sounds like?