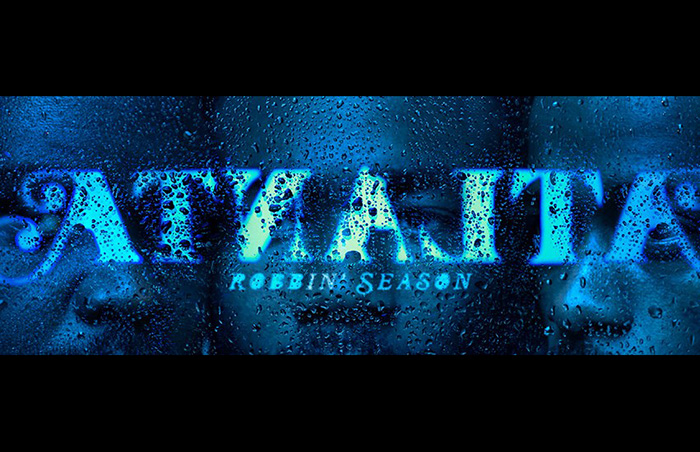 The dark and eerie clip for the second season, which premiered during last night’s Golden Globes, is soundtracked by Sonder’s “Too Fast,” with hand snaps accompanying haunting vocals. “Livin’ at the speed light, like a bullet,” sings Brent Faiyaz. “I could be dead by the morning, I can’t call it.”

Light flashes allow short vignettes to appear in the otherwise ominous scenes. Earn (Glover), Paper Boi (Brian Tyree Henry), and others are first shown at a diner, then a strip club, and then chillin’ with a gator, before strutting down a sidewalk.

The Golden Globes were a fitting moment for “Atlanta’s” highly-anticipated second season teaser, since the Emmy-winning series also won two Golden Globes for its first.

“We didn’t really look back at Season 1 for inspiration much,” said Glover. “We always kept trying to do something different for the new season.”

The title “Robbin’ Season” refers to a time in Atlanta near Christmas when people are flush with gifts and money or are looking for them, said Glover’s brother and executive producer, Stephen. “It’s basically a bunch crime,” he explained. “People have money and people need money. You might get your package stolen f your front porch. It’s a very intense and desperate time. We wanted to make that a backdrop to the season. We wanted to make a transition from their old lives to where they’re heading now.”

“Atlanta Robbin’ Season” premieres March 1. Before the second season comes around, Glover will perform at the 60th Annual Grammys, where he’s up for five awards including Album the Year and Best Urban Contemporary Album for Awaken, My Love!