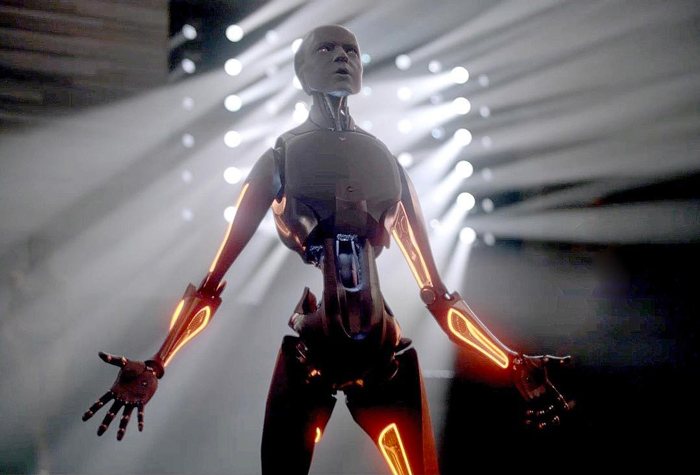 Justin Timberlake steps into the future in the video for his brand new single “Filthy.”

The A.I. starts to display human abilities — pouring a glass water and kicking a ball, while Timberlake controls his every move from the side the stage. He then shows f some impressive dance moves, including the moonwalk, as the audience looks on in amazement. After breaking it down and lighting up his body, he caps f the awe-inspiring performance with a highly-choreographed routine.

Co-produced by Timbaland and Danja, “Filthy” is the first single f Timberlake’s upcoming album Man the Woods. It will be followed by three new tracks and visuals, which will be released weekly starting Jan. 18.

J.T. will perform his new music at the Super Bowl LII Halftime Show in Minneapolis on Feb. 4, two days after the release MOTW.