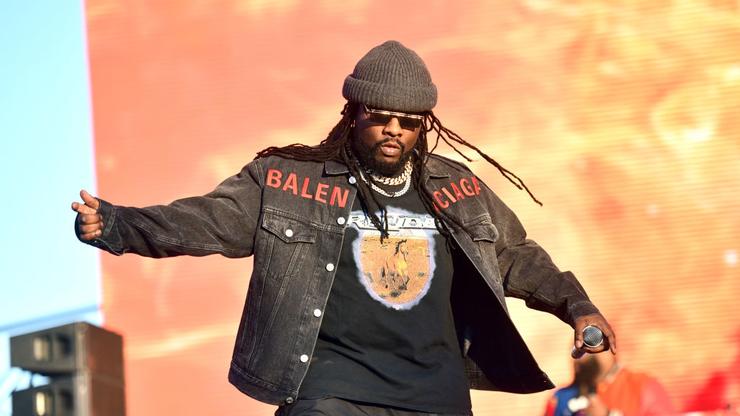 Wale’s beloved “More About Nothing” turns eleven today, and the rapper reflects on the difficult road of bringing mixtapes to streaming platforms.

The streaming era has plenty of positives for music listeners, namely the convenience of having a vast musical library at one’s disposal. Yet one of the most glaring negatives — at least for many hip-hop fans — is the more-or-less complete omission of mixtapes. Given how many classic tapes have been released throughout the years, be it late-nineties drops of the more recent mixtapes-as-albums era, their absence is certainly felt.

Being an artist who originally forged his reputation through his mixtape catalog, Wale knows all about that life. In fact, today happens to mark the eleven-year anniversary of his beloved More About Nothing mixtape, the Seinfeld-inspired sequel to his 2008 Mixtape About Nothing.

Though many still hold his pair of Seinfeld tapes dear to heart, the rapper has found it difficult to transition both projects to streaming platforms. Not for lack of effort, however, as Wale confirms he’s been attempting to make it happen for two years now.

“I secretly been working for two years to rerelease this,” writes Wale, taking to Twitter to share an update. “I did everything in my power to surprise y’all and get this on dsp today. But it’s really impossible to clear EVERYTHING no matter how much I tried .. maybe one day. Happy Bday to the SECOND “about nothing” project.”

Many used the opportunity to reminisce on their favorite tracks, and before long, Wale’s Twitter thread had turned into a stroll down memory lane evocative of the Seinfeld clip-show “The Chronicle” — all that’s missing is Green Day’s “Good Riddance.” Alas, the road to re-releasing a mixtape on streaming platforms is a long and arduous one; while some artists like Curren$y and Wiz Khalifa have seen success, there are plenty of classics yet to make the transition. Perhaps they never will.

On a more positive note, Wale’s tape sounds as refreshing today as it did all those years ago. We wish him luck in his efforts to bring the tape to streaming platforms, even if it doesn’t appear to be on the table for now. Happy anniversary to More About Nothing.