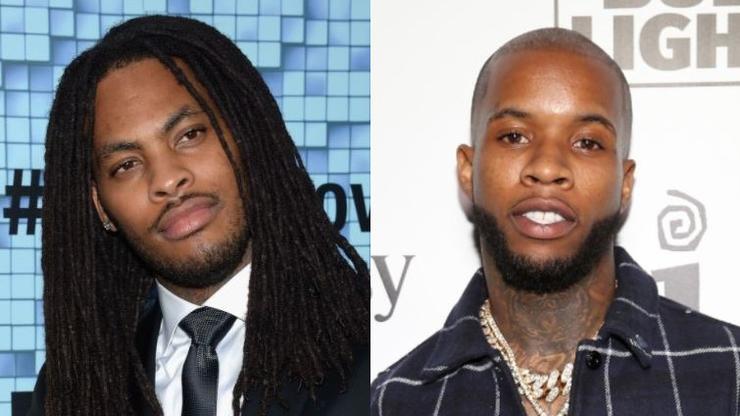 He doesn’t believe people should “[play] with death.”

With the number of losses we’ve witnessed this year, Waka Flocka doesn’t want people to be flippant about their final days. There have been shocking deaths that have occurred in the entertainment industry from rappers like Pop Smoke, King Von, Mo3, Chyna Rogers, and Lexii Alijai; to figures like Chadwick Bosmean, Alex Trebek, Bert Belasco, Ruth Bader Ginsburg, Little Richard, Eddie Van Halen, and many others—in addition to the nearly 1.4 million people who have lost their lives to COVID-19 related illnesses. Tory Lanez turned to Twitter with a quip about what he expects at his memorial, but Waka Flocka wasn’t having it.

“At my funeral, I need one of my closest n*ggas to monitor the door,” wrote Lanez. “Just to see certain n*ggas and be like ‘nah nah nah he ain’t even f*ck with u like that.'” He ended his joke with a couple of laughing crying emojis, but some people weren’t chuckling along with him. Hollywood Unlocked shared the tweet and Waka Flocka slid in the comments to let Tory, and everyone else, know that death is nothing to make light of.

“Stop playing with death like you can return back from it,” said Waka. Tory’s fans weighed in and agreed. Check out the posts below.