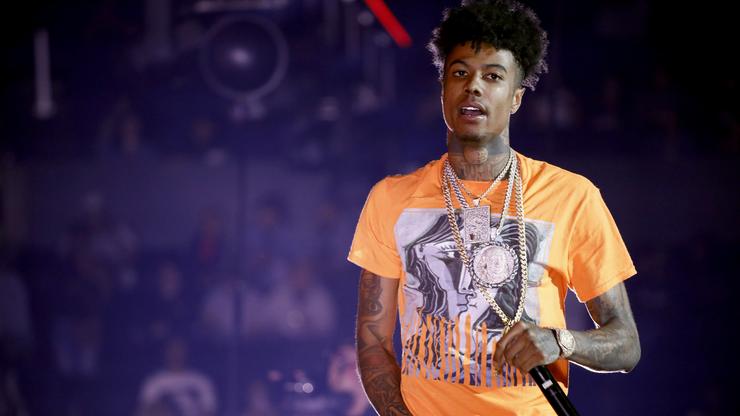 Wack100 called out Wiz Khalifa and 6ix9ine on IG and said Blueface is the first “mainstream rapper” to get in the ring.

Wack100 says that Blueface is the first “mainstream rapper” to get in the ring, following his fight against TikTok star Kane Trujillo at the Bare Knuckle Fighting Championship 19. Not only did Blueface win the fight, but he also took on an unruly fan who jumped in the ring afterward.

“Street squabble with a little bit of training. The famous Cryp just got more famous. The first mainstream rapper to take that fade in the ring and put it all on the line,” Wack wrote in an Instagram post, Saturday.

He added: “Say what you want this kid can take a punch …. @6ix9ine or @wizkhalifa looking like some good opponents.”

A fight against 6ix9ine is certainly a possibility as the controversial rapper has been calling out Blueface on social media in the weeks leading up to his BKFC fight.

“Pay close attention,” Blueface wrote on Twitter, July 11th. “He reported all my post for bullying and deleted his skit. Playing victim like he did in court. My IG be back up shortly.”

“He should tattoo Instagram on his head they might give it back to him. They just told me,” 6ix9ine replied.