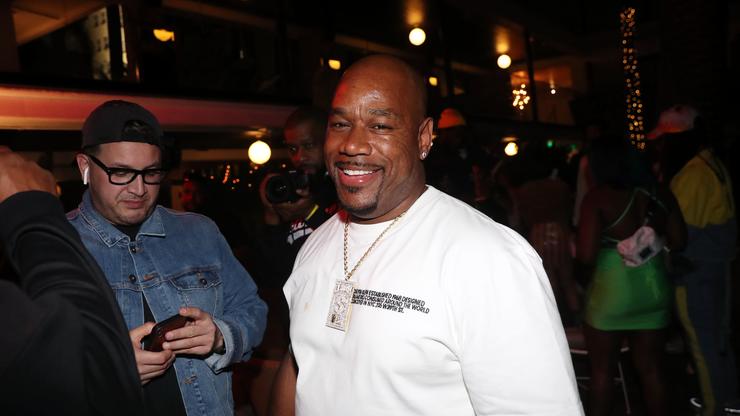 Wack 100 stands in Nick Cannon’s corner following a week controversy surrounding anti-Semitic comments he made on his podcast.

Nick Cannon has witnessed the other side cancel culture this week following an interview with Pressor Griff. The talk show host’s anti-Semitic comments received widespread backlash that led to Viacom dropping him. Though he’s currently in a battle for the rights to Wild N Out, he issued an apology days after his initial statement and has since been watching what he’s built over the past few years crumble in front him.

However, there are plenty other executives that are in his corner, even with the problematic comments including Diddy who invited Cannon to Revolt. And even though Viacom dropped him, FOX is still keeping him as the host  The Masked Singer. All that to say, Nick Cannon still has a job somewhere.

Wack 100, though likely uninterested in signing Cannon as a rapper, hit the ‘Gram with a message support. Though Wack didn’t condone with what Cannon said, he expressed his appreciation for the fact that Cannon has always held him down when he needed it the most. “No matter the cause no matter the outcome ima stand with you because you always stood with me – Head up Warrior your options are plentiful,” he wrote on Instagram.