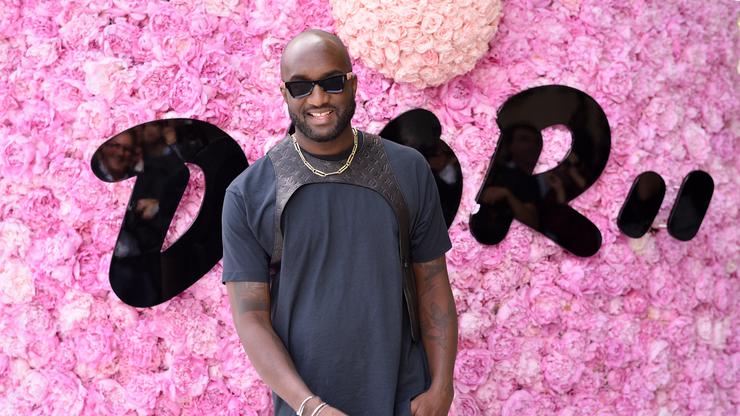 Ryder Ripps claims Virgil Abloh’s scrapped cover art for Pop Smoke’s “Shoot For The Stars, Aim For The Moon” is a knock-f his chrome rose concept.

Virgil Abloh has been under fire over the past few weeks, ever since he shared his initial reaction to the riots in Los Angeles. He seemingly found a way to use the protests as a way to prove his point about “streetwear” but he didn’t. Instead, he received backlash for his comments, forcing him to apologize and then get clowned for the $50 bail fund donation receipt he posted on his IG story.

But weeks after that, the cover art for Pop Smoke‘s posthumous debut album, cover art, was unveiled. Unfortunately, Virgil’s touch did not appeal to Pop Smoke fans who spent the entirety Monday evening roasting him. It got to the point where Steven Victor, Pop Smoke’s manager, made the call to scrap the cover art completely due to the overwhelming amount negative reactions.

“This album cover was one like 5 things we talked about. He mentioned his story felt like the metaphor a rose & thorns growing from the concrete his hood Canarsie, Brooklyn,” Virgil explained the artwork.

Shortly after, creative director and conceptual artist Ryder Ripps took to Instagram where he accused Virgil biting the concept for the cover art from him. Unfortunately, Ryder said that this is not the first time.

“This man took the entire chrome rose concept from me, ruined it with careless graphic design and then wrote some bullshit about it,” he wrote. “So sad that someone would care this little about art, design and the memory a human who was so loved to wrap his name up in lies and theft. For a fuller picture this guys history theft check the link in my bio.”

The link in Ryder’s bio leads to a comprehensive breakdown other alleged instances similar to this.