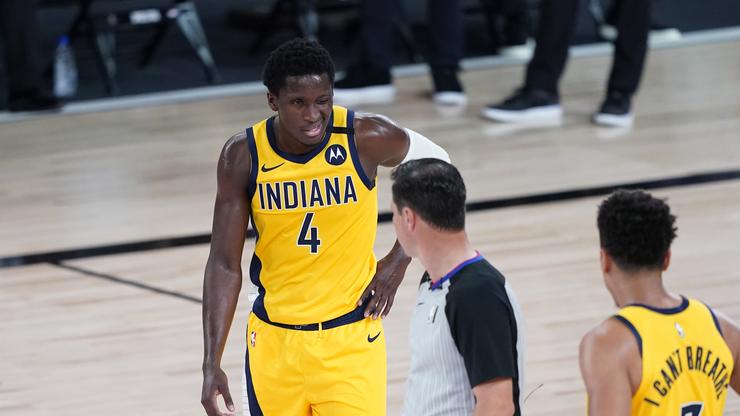 Victor Oladipo was recently accused of asking for trades in front of his teammates.

Victor Oladipo has been in the news quite a bit as of late and it hasn’t exactly been for the most positive of reasons. Throughout the current NBA offseason, it has been widely reported that Oladipo no longer wants to play for the Indiana Pacers and that he hopes to be traded sometime in the near future. There was even a report that circulated this week which detailed how Oladipo was asking teams to trade for him, in front of his own teammates.

Now, Oladipo is coming out to speak on these reports as he attempts to fan the flames. In a new article from The Athletic, Oladipo talked about the Pacers and how he remains committed to the franchise. In fact, Oladipo made sure to refute the reports of him asking for trades, stating that he loves his teammates and wants to continue building with them.

“I know there have been people saying that I have asked players to trade for me. That’s just not true, period. I love my teammates, I cherish the state of Indiana and I’m focused on leading this franchise to a title,” Oladipo said.

In just a few days, it is expected that the embargo on trades will be lifted. With this in mind, keep it locked to HNHH as we will be sure to bring you any updates concerning Oladipo and all of the other NBA stars who are rumored to be on the trade block.