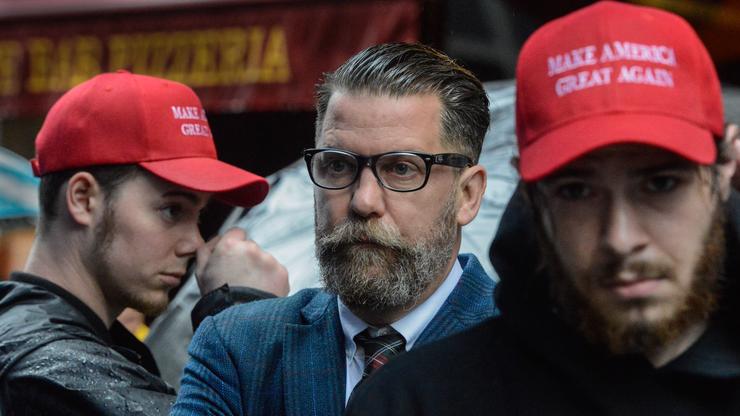 Gavin McInnes founded the controversial group in 2016, long after he left Vice Media.

The Proud Boys have been in the news quite a bit this past week.

The far-right group was named during the first round of debates for the 2020 presidential election, in which Donald Trump hesitated to condemn similar groups and asked the Proud Boys to “stand back and stand by.”

The group was founded by one of the three founders for Vice magazine, Gavin McInnes. His ties to the company were cut in 2008 following an interview with The New York Times in which he was quoted as saying, “I love being white and I think it’s something to be very proud of. I don’t want our culture diluted. We need to close the borders now and let everyone assimilate to a Western, white, English-speaking way of life.”

“I’m sure we’re all still trying to make some sense of what was said in last night’s U.S. Presidential debate, but I wanted to write to you to make one thing clear: Gavin McInnes has no affiliation with VICE,” Vice Media CEO Nancy Dubuc said in a leaked email to staff following Trump’s invocation of the Proud Boys. “While the legacy of his role in founding the company swirls up from time to time – I want you all to be assured that any association he had with the company ended more than a decade ago in 2008. What he did after that – including founding the Proud Boys in 2016 – had nothing to do with VICE, our values or our people.”

CNN reports that McInnes “quit [the Proud Boys] in 2018, but [filed a 2019 lawsuit against] the Southern Poverty Law Center for designating the organization a hate group”. In a statement given to CNN by McInnes, he categorically denied that the group is a racist or white supremacist group.

In any case, McInnes seems unbothered by Dubuc’s comments.

“I created that brand and defined the content from its inception to when I left in 2008,” he told CNN. “My pithy irreverence still haunts it like Banquo’s ghost.”