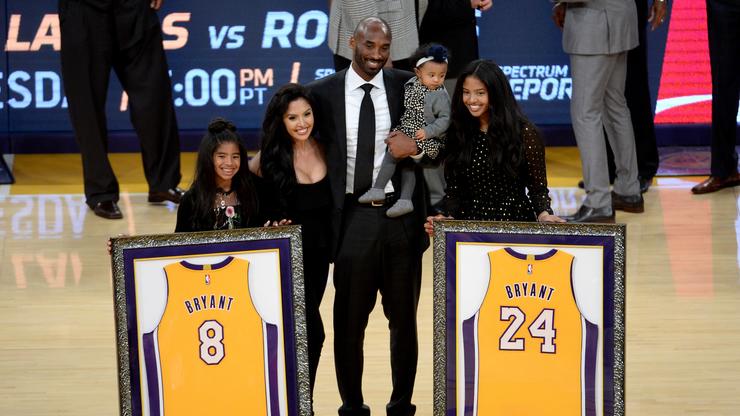 She added to the growing collection of tattoos dedicated to Kobe Bryant and their daughters.

For the first time in 10 years, the Los Angeles Lakers are the NBA Champions. It was an emotional win for not only the team but for their families, the league, and Lakers fans far and wide. Earlier this year, the world lost one of the most celebrated sports players on the planet when Kobe Bryant died alongside his 13-year-old daughter Gianna Bryant and seven of their friends. Kobe’s wife Vanessa Bryant has continued to be a pillar of strength for her three remaining daughters and regularly shares tributes and memories with the public.

Over the summer, Vanessa shared photos of a new tattoo that she received in tribute to her late husband. It was a “sweet message” from Kobe that she inked on her neck, and it looks like she isn’t finished honoring her husband and children permanently on her skin. In one photo posted to her Instagram, Vanessa posed in the tattoo parlor, and in the caption, she mentioned that the picture is a “throwback.”

In another image, the basketball wife shared an up-close shot of her tattoo that’s inked on the side of her foot. “Kobe Vanessa Natalia Gianna Bianka Capri,” the tattoo reads. It’s unclear when she got this one done, but she’s sporting a face mask so it must have been sometime within the pandemic. Check out her photos below.