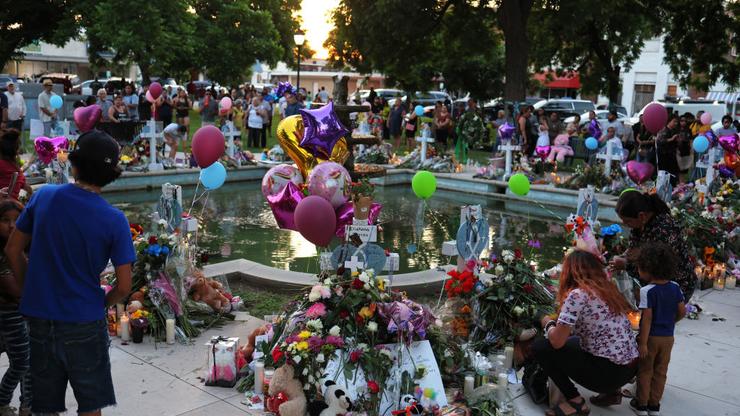 Ramos’ father claimed that his son dropped out of school after being bullied about his clothes.

As more details – including a comprehensive timeline – surrounding the Uvalde mass shooting continue to be revealed, the 18-year-old gunman’s father, also named Salvador Ramos, sat down for an interview with The Daily Beast to give some insight into what exactly may have led up to his deadly attack on Robb Elementary on Tuesday, May 24th.

The elder Ramos firstly apologized for his son’s actions, saying, “sorry [for] what [Salvador] did.” He mentioned that he “never expected [his] son to do something like that,” referring to his murder spree that left 19 children and two adults dead.

“He should’ve just killed me, you know? Instead of doing something like that to someone,” the gunman’s father expressed his grief. Prior to taking out his rage on Robb Elementary, Ramos shot his 66-year-old grandmother in the face and took off for the school, where he crashed a truck outside before entering through a door that had previously been propped open by a teacher.

Mr. Ramos told The Daily Beast that he and his son had not seen much of one another recently due to his job that kept him out of Uvalde, as well as the COVID-19 pandemic; seeing as his own mother is battling cancer the 42-year-old didn’t want to expose her to the virus.

With so much distance between them, things reportedly became strained and the younger Ramos refused to speak to his father about a month ago.

“He was a quiet person, stuck to himself,” Salvador said of his child. “He didn’t bother nobody. People were always bothering him,” he added, mentioning that the late killer dropped out of high school after being bullied because of his clothing.

It’s been noted that other friends and relatives have mentioned the young man’s troubled school life, listing his stutter and lisp as reasons he was teased in middle school. On top of that, he reportedly also had a volatile relationship with his mother, Adriana Reyes, who is said to have been struggling with drug use and even kicked her troubled son out of her home.

Read what the Texas Department of Public Safety Colonel had to say about local police’s handling of the Robb Elementary shooting here, and tap back in with HNHH later for more news updates.