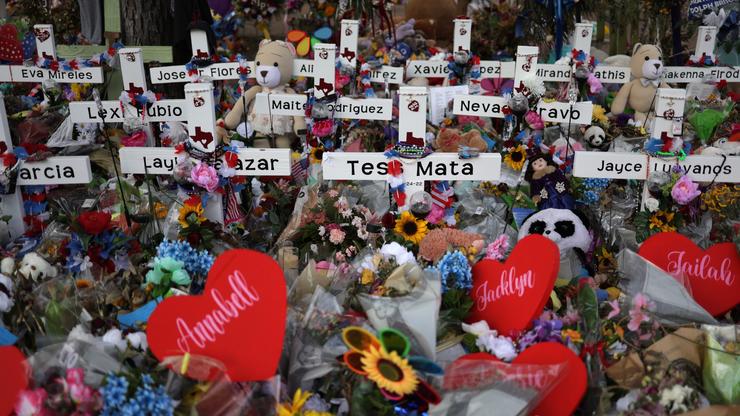 Mayor Laughlin says that they couldn’t ask children or teachers to return after such a massive tragedy.

There are several ongoing investigations into what occurred at Robb Elementary School in Uvalde nearly one month ago. From police looking into the deceased gunman Salvador Ramos to authorities piecing together why it took over an hour for Uvalde police to make a move, the shooting that took the lives of 19 schoolchildren and two teachers remains at the forefront.

Uvalde is a small community where it’s said that most of the town knows one another, so the devastation at Robb Elementary left one lingering question: what will happen to the school now?

PEOPLE reported that today (June 21), a city council meeting was held and mayor Don McLaughlin suggested that the school be demolished.

“My understanding — I had a discussion with the superintendent — that school will be demolished,” he reportedly said. “We could never ask a child to go back, or a teacher to go back into that school ever.”

Meanwhile, Department of Public Safety Director Steve McCraw reportedly called law enforcement’s response to the shooting “an abject failure” and suggested that if they wanted, Uvalde officers could have stopped the gunman within three minutes of police arriving at the scene. He also made a controversial statement by saying that the failed immediate reaction from Uvalde Police “set the profession back a decade.”

Check out a brief clip of the mayor at the meeting below.