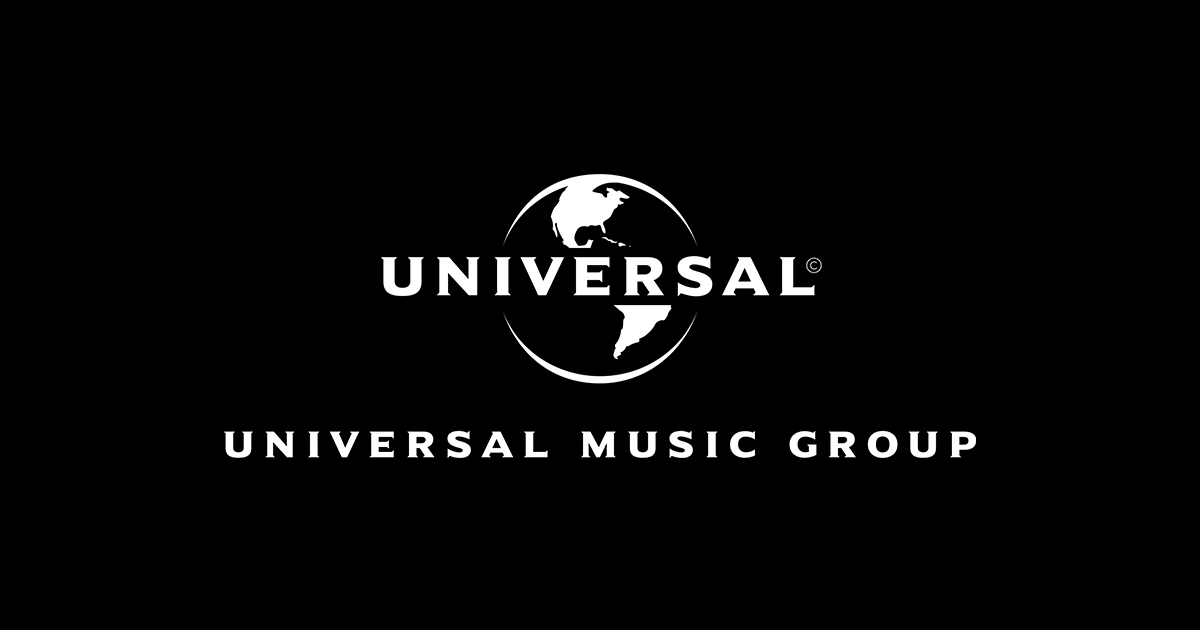 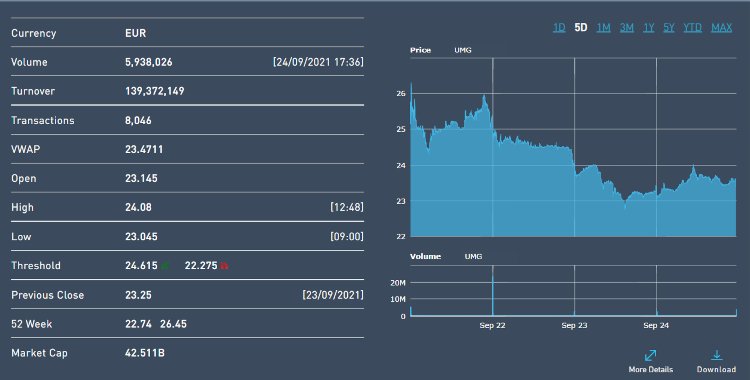 Universal Music Group stock dipped slightly from its opening price, but held steady to finish the week at €23.45 per share.

After months of anticipation, Universal Music Group’s first week as a publicly traded company has officially drawn to a close. Here’s how the Big Three record label fared with investors on the Euronext Amsterdam.

Universal Music Group stock (UMG on the Euronext Amsterdam) became available to buy and sell on Tuesday, September 21st. Possibly due to the initially noted anticipation surrounding the IPO – which French conglomerate Vivendi moved up several times before settling on a late-September rollout – shares’ value spiked out of the gate, jumping as much as 43 percent from Vivendi’s reference price (€18.50 and $21.68 at the present exchange rate).

But trading activity quickly cooled down, and UMG shares finished their first day on the Euronext Amsterdam at €25.10 ($29.42) apiece, just beneath an opening price of €25.25 ($29.59). This day-end value corresponded with a market cap of €45.51 billion ($53.34 billion) for Universal Music Group – well above the valuation at which Vivendi sold 10 percent of UMG to Pershing Square and one-fifth of the leading record label to Chinese conglomerate Tencent.

Wednesday, September 22nd saw Universal Music Group stock dip to about €24.50 ($28.72) per share, while yesterday brought with it a brief descent beneath the €23-per-share mark. UMG shares then rebounded past €24 ($28.13) apiece and subsequently returned to the mid-€23 range, where they remained when the market closed today.

Meanwhile, Vivendi earlier this week confirmed that it would distribute UMG shares to its investors on a 1:1 basis, and the Paris-headquartered entity’s own stock was worth €10.98 ($12.87) per share when the market closed today. Moreover, the company will retain a little over 10 percent of Universal Music Group for at least two years, and higher-ups haven’t hesitated to disclose their next move, a €610 million ($714.92 million) purchase of a 17.9 percent interest in Paris’s Lagardere.

Worth noting in conclusion is that the impact of Universal Music Group’s high-profile IPO appeared to also spur a stock-price hike for Warner Music Group, which returned to the public market last year.

To be sure, Warner Music Group stock (NASDAQ: WMG) jumped almost seven percent on the week – including cracking a record high of $45.64 per share on Tuesday. When the market closed today, Warner Music shares were worth $44.21 each. Amid this stock-value growth, Morgan Stanley recently purchased north of 2.3 million WMG shares in a more than $100 million deal.