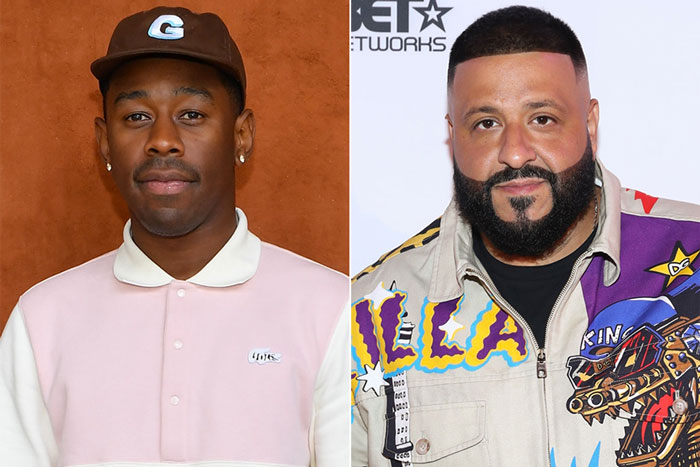 Tyler, the Creator is speaking out about his chart battle with DJ Khaled.

In May, the Odd Future rapper earned his first No. 1 on the Billboard 200 with IGOR, which outsold Khaled’s star-studded album Father Asahd.

Khaled didn’t take kindly to second place. According to reports, he was furious with Billboard and alleges that the chart organization unfairly disqualified more than 100,000 in sales his album from an energy drink bundle, which cost him the No. 1 spot.

After laughing f Khaled’s comments, Tyler opened up about his chart victory during an interview with Zane Lowe on Beats 1. “This is no disrespect to Khaled or anyone, but this ni**a had every person in the industry, everyone on that fu**ing album—everyone, everyone—Cardi B, 21 Savage, Travis Scott, Post Malone, Beyoncé and JAY, everyone who sells billions records,” he said.

“And the fact that I beat him with this that isn’t parallel to all the popping music right now was fu**ing crazy, bro. Are you serious? Like that was insane to me and it’s new to me, bro.”

A proud Tyler added, “It’s work. It’s effort… Whether ni**as like it or not, it’s so much work and detail put into this shit.”