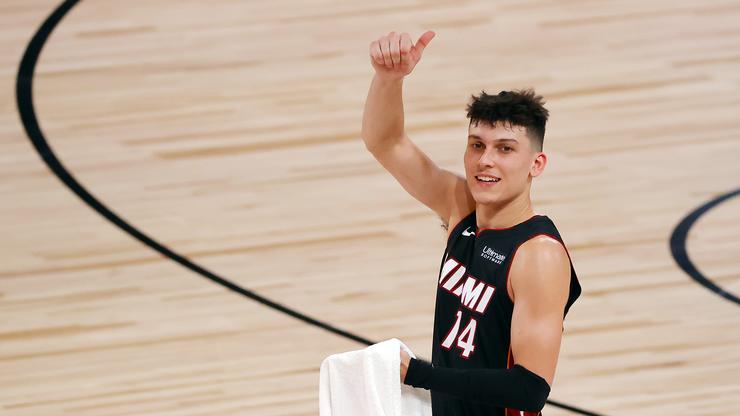 Tyler Herro had been struggling in the NBA Finals up until last night. In Game 3 of the NBA Finals, Herro had a formidable night that ultimately helped the Miami Heat bring the series to 2-1. Now, the Heat have a chance to win and as a result, Herro was feeling himself quite a bit. There was a lot of trash-talking during this game, particularly near the end when it became clear that the Miami Heat were going to win this game with a relative bit of ease.

In the video below, you can see Herro let out quite the snarl that he holds for a few seconds longer than it was probably warranted. As one can imagine, the clip immediately went viral, as fans were impressed with just how bold Herro was.

Many Heat fans were excited about Herro’s enthusiasm, while Lakers supporters took it as a declaration of war. In fact, the reaction to this snarl couldn’t have been more mixed, with some noting that numerous players have tried to taunt the Lakers, only to lose their series in five games.

If this trend is any indication of what’s going to happen next, the Lakers are going to have a massive Game 4. In the meantime, check out some of the reactions to the snarl, below.