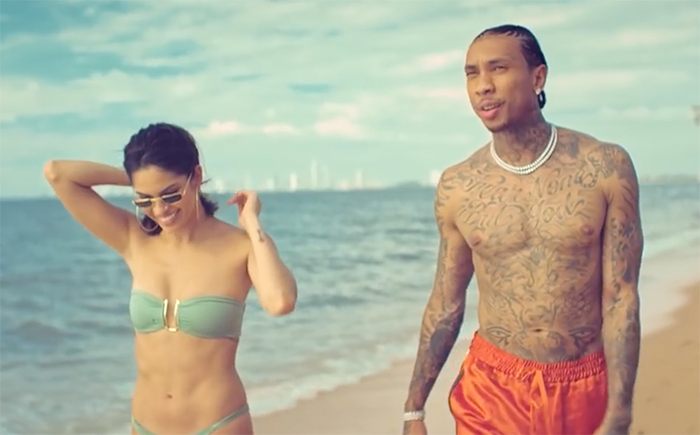 Tyga turns up the “Temperature” in Thailand in the romantic video for his latest single.

Directed by Jayga Rayn, the stunning visual kicks f with T-Raww driving around town, before he’s seen romancing his girl, played by Costa Rican model Juliana Herz. In between scenes the pair on a beautiful beach at sunset and riding a motorcycle, Tyga stands on a rotop overlooking a sea skyscrapers and smog.

After fun in the sun, T-Raww and his leading lady paint the town red in the evening. From meeting on a helipad surrounded by dazzling lights to getting up close and personal while dancing at a nightclub, the fun continues for the lovers.

“The song was inspired by Asia,” Bugatti Raww told Billboard. “I took a trip to Thailand and it felt right to film the video there. It had a warm, but dark tropical vibe to it.”

Since releasing “Temperature” in December, Tyga also unleashed the video for “Boss Up.” Now, it appears T-Raww is gearing up for another big year after dropping Bugatti Raww and Bitch I’m the Shit 2 last year.