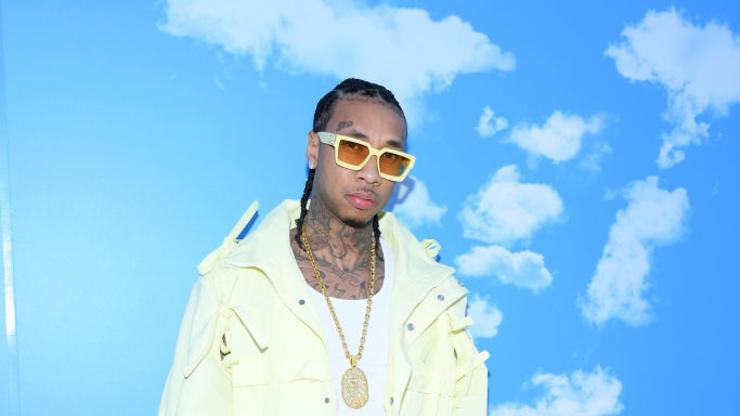 Tyga reportedly shares photos of his penis on OnlyFans, causing his fans to go crazy on Twitter.

OnlyFans has basically become the norm in 2020. With a pandemic still in full swing, it’s become difficult for some people to land jobs, resorting to sex work to pay the bills.

While the OnlyFans platform started as a means for artists and creatives to connect with their fans on a more personal level, it has turned into a website where people can charge subscription rates for private content, including nude images and videos.

We’ve seen the likes of Blac Chyna, Amber Rose, and Bella Thorne use the medium to their advantage, with all of them making some good money on OnlyFans. Male celebrities have been joining in fewer numbers but some, like Tyler Posey, have been sharing content on the platform. Now, we can add Tyga to the ranks.

The rapper is generally all about ass — singing about women’s behinds in just about all of his songs. As of late, he has been posting nudity-filled photos on Instagram, blurring out all of the sensitive areas. He has remained fully clothed in them all. On OnlyFans though, his fans have reported that he started the month of October by sharing pictures of his penis for his subscribers to view.

“TYGA POSTED HIS DICK ON ONLYFANS,” wrote one excited fan, which was echoed by many of his supporters.

Some people are saying that the pictures were already previously leaked, while others are claiming that they’re brand new. Regardless, if this is something you’re interested in, you might want to head over to T-Raw’s page, where you can pay $20 a month to see his naked body.