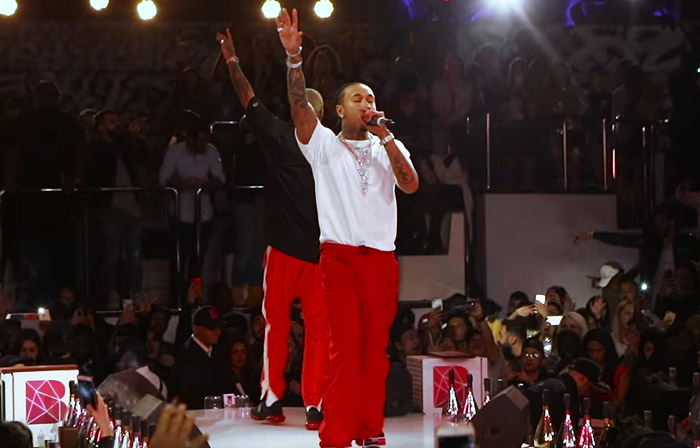 After traveling to Thailand in the visual for “Temperature,” he jets to Dubai, hitting the stage and the studio, while showing f his fancy ride in the process. Architectural views, race car expeditions, and scenes with sand dunes are mashed into the performances, making for a fun vacation-themed clip.

Over the potent instrumental, King Gold Chains raps about his ties to YMCMB. “Even though we don’t speak much these days, it’s still Young Money ’til the day I’m cremated,” he raps. “Shit’s brazy, oops, I mean shit’s crazy / I done a lot shit for some ni**as who was lazy / Fuck you, pay me / Guess it’s business, baby!”

That last line will no doubt fuel speculation that it could also be about Baby, following their longstanding financial disputes. In 2016, he also rapped about the money feud with “Cash Money.” “Cash Money never paid me,” he rapped on the track, “but your boy did his thing and still made cash money.”

Tyga has been busy in the last couple months. He ended last year with the video for “Boss Up” and last week, he delivered the sunny visuals for “Temperature.”