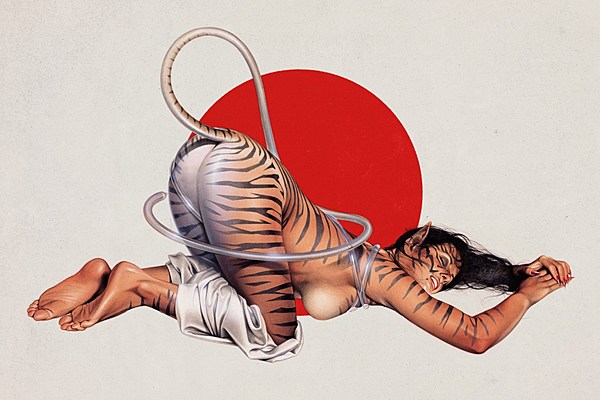 Earlier this week, Tyga unveiled the very interesting—and explicit—cover for his forthcoming Kyoto album, and raised plenty eyebrows in the process. He isn't backing down from the controversial cover, either.

Speaking with the folks at TMZ, the rapper calls the controversy surrounding his new album cover "lit" before explaining that the cover, which features a anthropomorphic tiger cartoon posing suggestively in front Japan's national flag, was inspired by the Japanese city Kyoto. Although people have said T-Raww's new cover disrespects the country's national flag, the California rapper doesn't see things that way.

"It's not a flag, it's a rising sun," he says in the new interview. "The artist is Japanese. So, he's a very well-known Japanese designer so, that's why I did it with him."

"I don't even know what that is," he says when asked if his new cover fits that designation. "I love it, it's a art piece."

Kyoto includes 14 tracks and it drops on Feb. 16. Check out Tyga's new interview below. Listen to his new song, "Temperature," when you're done with that.