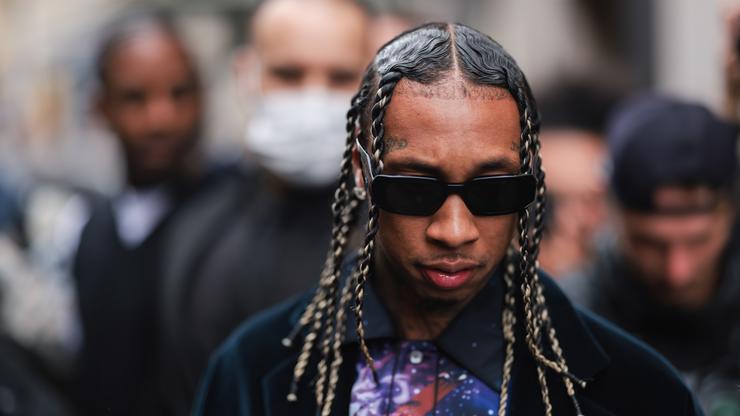 The rapper’s ex-girlfriend Camaryn Swanson claims that he physically assaulted her, resulting in a black eye.

Following accusations of a violent encounter, Tyga has come forward with his side of the story. The rapper’s ex-girlfriend, Camaryn Swanson, reportedly pressed charges and alleged that Tyga physically assaulted her. Earlier this week, Swanson spoke about the case on her Instagram Story and revealed why she believed it was necessary to come forward.

“Unfortunately ‘someone’ released a false narrative to TMZ painting me out to be somebody I am not, accusing me of things that did not happen and that I did not do,” Swanson wrote enigmatically. “With that being said I took matters into my own hands and posted the TRUTH with proof tagging tmz AFTER they released the fake news.”

There were also reports that Tyga turned himself in to authorities after an alleged arrest warrant was issued, but he now claims that was not the case

“I want everyone to know that the allegations against me are false,” he wrote on Instagram. “I was not arrested. I took myself into the police station and cooperated. I have not been charged with any crime.” It is unclear what the status of this case is, but Tyga denies being hit with charges regarding the incident.

Meanwhile, photos of Swanson’s black eye have circulated on the internet and she insists that Tyga is responsible.