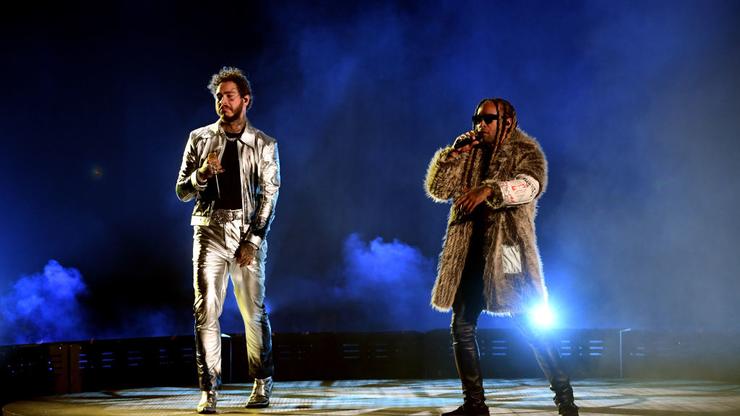 Ty Dolla $ign says he has something in the works with Post Malone.

Ty Dolla $ign and Post Malone have a hitmaking formula, striking gold a couple of times with “Spicy” and “Psycho”. It looks like they could be considering an entire collaborative album in the future, presumably filled with hits, because in a new interview with Korean magazine HiphopLE, the star revealed that they’ve got something big in the works.

Speaking about his MihTy collaboration with Jeremih, who is currently battling COVID-19 in the ICU, Ty introduced the prospect of a full-length mixtape release with Post Malone.

“Who knows if I might do it again,” says Ty about possibly releasing another collaborative album. “But I’m sure it’s possible. Posty and Ty Dolla $ign album coming soon.”

He laughed after making the revelation but, at the end of the day, something needs to be happening if he’s even comfortable enough to make the joke. Could we be seeing a full-length album from Ty Dolla $ign and Post Malone? Or was this just a ploy to keep the fans locked in for his upcoming releases?

In addition to his latest interview, Ty graced the Tiny Desk stage to sing some of his favorites songs from his new album, Featuring Ty Dolla $ign, as well as some other classics. Watch his performance here.