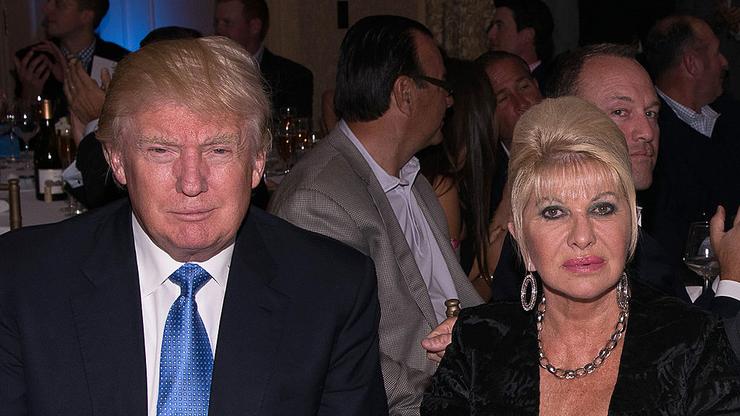 Ivana’s body was buried in a grassy area on Trump’s golf course.

Earlier this month, Donald Trump’s ex-wife, Ivana Trump, passed away at the age of 73. Days after her death, the cause was revealed to the public. According to sources, she suffered blunt impact injuries to her torso after she fell down the stairs inside of her apartment in New York City. The state’s medical chief examiner ruled it an accident.

A couple of days ago, two weeks after Ivana’s untimely death, she was laid to rest. Her body was placed in a golden casket and buried in a plot located at the Trump National Golf Club in Bedminster, New Jersey. Atop her gravesite sat a bouquet of white flowers along with a tombstone that featured her name, date of birth, and date of death.

According to the New York Post, the spot in which her body lies is somewhere that golfers will not be able to see. The section, which is allegedly rather small, is said to be below the backside of the first tee. A source told the outlet that she’s placed “not too far from the main clubhouse.”

After pictures of her burial surfaced on the internet, social media users were shocked by her homegoing. One user bashed the Trump family for their actions, saying, “Something about this is really f*cking sad… this just looks like she was dumped off in a pasture. What a horrible f*cking family.”

Another Twitter user claimed that the Trump family charged Ivana’s estate for maintenance fees, burial costs, and even membership fees. Check out more of the tweets below.