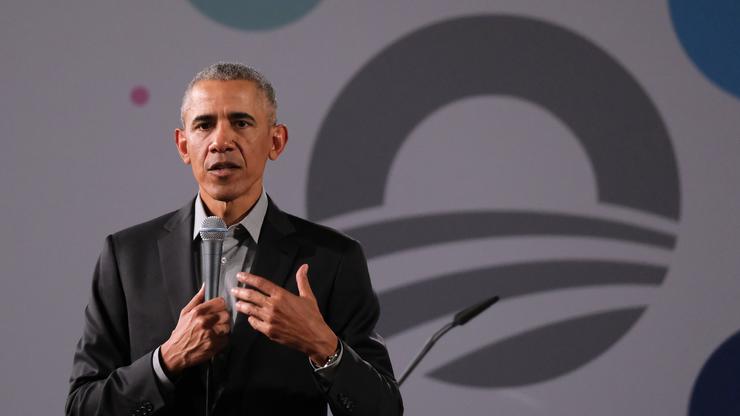 Obama continues to flex his muscles as a tastemaker.

Barack Obama is back with another summer playlist, adding on to his repertory selections to highlight just what he and his wife Michelle have been spinning this season.

“With summer winding down, here’s a sampling what Michelle and I have been listening to—some new, some old, some fast, some slow,” Obama says. “Hope you enjoy.”

Clocking in at 44 tracks (we see what he did there), the new playlist features a number genres and sounds with the former president making selections that include Lizzo’s “Juice,” SZA‘s “Go Gina,” Kfee’s “Toast,” A Tribe Called Quest’s “Can I Kick It?,” Lil Nas X’s “Old Town Road,” and Rema’s “Iron Man” among others.

The list features a well-balanced mix the new and the old, also fering listeners a nostalgic trip with tracks from the likes Frank Sinatra, Donny Hathaway, Lauryn Hill, and Erick Sermon and Marvin Gaye.

Naturally, Twitter had much to say the new fering curated by The Obamas, particularly speaking out about the addition hidden gems found in names like the aforementioned Nigerian star Rema.