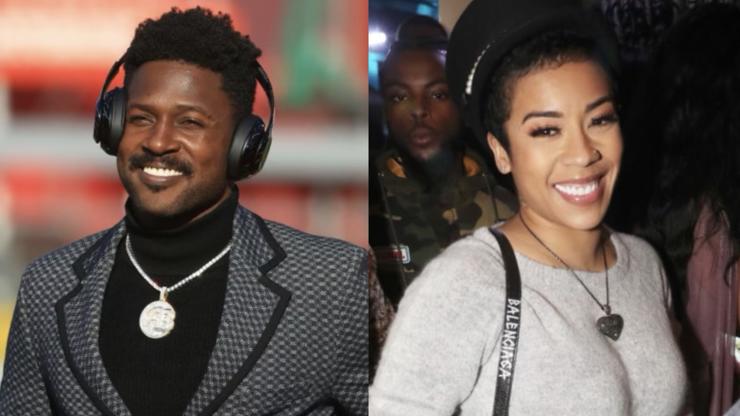 Antonio Brown’s latest disrespectful rant aimed at Keyshia Cole (and his haters) pretty much solidified that whatever was happening between the “Don’t Leave” collaborators is as good as done – but that doesn’t mean Twitter is done talking about it quite yet.

When a clip of the R&B singer’s alleged “AB” tattoo first surfaced online in April, fans couldn’t help but shake their heads at Cole’s rumoured involvement with a man who has such a controversial reputation. Talk of the pair died out quickly, but over the weekend it started up again when the 40-year-old admitted to missing the athlete “a lot.”

Brown didn’t give Cole the reaction she was likely hoping for; instead, he urged her to “#KeepPimpin” and told viewers that they won’t be pimping like him until they also “Hit An R&B Diva.”

The mother of two was taken back by the father of five’s words and opened up about her relationship with him on IG Live with her stylist. “It was just that—it was harsh. It was a little harsh… Maybe he don’t know that it was a little harsh for him to say that,” she said.

In a post-and-delete, Cole further examined her feelings surrounding her beef with Brown, reminding herself that she doesn’t deserve to be disrespected in that way. From the looks of Twitter, many people feel the same way and have been speaking out in her defence, although others think that the Oakland native needs to take accountability for where she chose to lie.

See social media’s reaction to all the drama below, and tap back in with HNHH later for more hip-hop news updates.