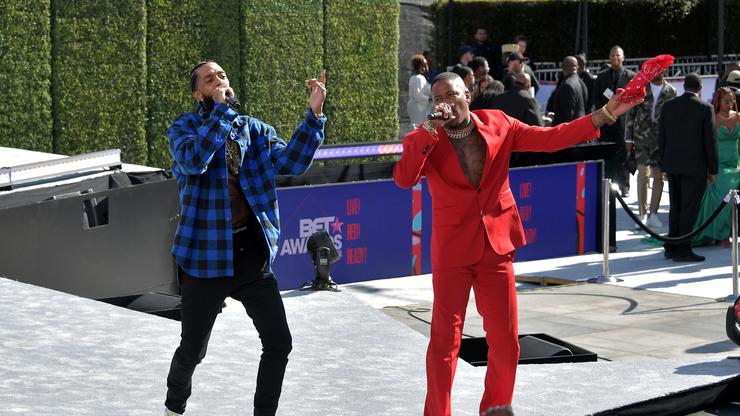 “FDT” proved to be the ultimate victory song for many on Saturday.

President Donald Trump suffered the biggest loss of his Presidential career on Saturday as the major networks officially declared Joe Biden the winner of the election. This was some massive news for the United States as they will now be ridding themselves of one of the most polarizing figures in the history of modern politics. So far, Trump has been in denial about the results and is signaling that he will not concede, even if he continues to look absolutely dejected in recent photos of himself.

Following Biden’s win, millions of Americans took to the streets of various cities and celebrate the defeat of Trump. As one can guess, the most popular song during these celebrations was none other than YG and Nipsey Hussle‘s hit track “Fuck Donald Trump.” The song blew up so much yesterday, that it skyrocketed to number one on the iTunes charts

Even CNN got in on the fun as they broadcasted numerous clips of people singing along and dancing to the popular track. Millions of Americans had been waiting for this moment and now that it’s here, people are taking full advantage.

With YG and Nipsey’s track now at number one, there is a real possibility this track could see a massive spike on Billboard as well, which would be salt in the wound for a President who didn’t think a loss was possible.