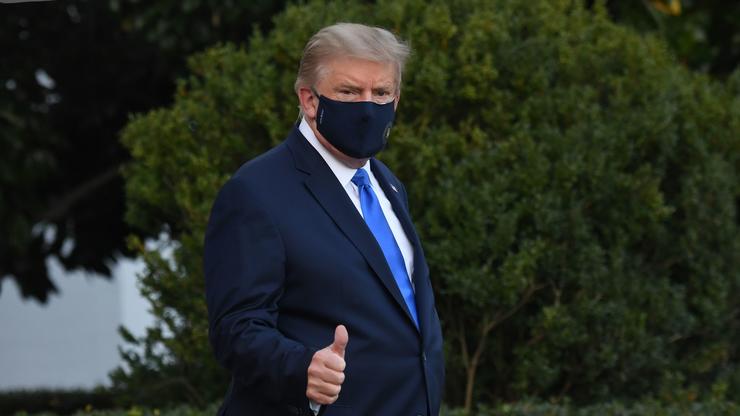 Some in the public have accused the president of exaggerating his recovery from the fatal coronavirus.

Since the president revealed he and Melania Trump had tested positive for COVID-19, the White House’s mixed messaging has been a focal point of public concern.

From Trump’s doctor Sean Conley saying he was “doing very well”, to his Chief of Staff, Mark Meadows, saying, “The next 48 hours will be critical in terms of his care,” public trust in the information provided on the president’s medical status has been tested.

The frustration of skeptics may have reached a boiling point this weekend, however, as the president is now accused of “staging” photos meant to mischaracterize the nature of his health condition.

The Shade Room shared tweets from Andrew Feinberg of The Independent, who provided a zoomed-in version of one of the photos, which appears to depict the president writing his name on a blank piece of paper.

Furthermore, CNN and Wall Street Journal contributor, Jon Ostrower, tweeted that photos released by the White House of president trump in two different locations and two different outfits, “were taken 10 minutes apart at 5:25:59 pm and 5:35:40 pm ET Saturday, according to the EXIF data embedded in both @AP wire postings that were shared by the White House this evening.”

Historian Alex von Tunzelmann expressed limited shock at the mini-scandal, saying “Not a huge surprise that these photos are staged – and I’m amused by those pointing out that if you zoom in he’s just signing a blank sheet of paper – but it’s genuinely appalling that he still won’t wear a mask…I hope his vanity hasn’t caused the photographer to be infected.”