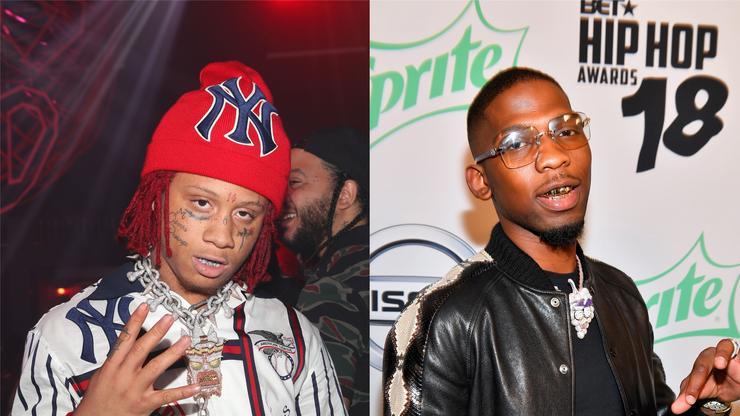 Trippie is basking in his first #1 album while BlocBoy is crying to it.

Trippie Redd can get pretty emotional in his music, especially in his A Love Letter To You series. He dropped the series’ fourth installment two weeks ago and this time around, it’s pretty ambiguous where he stands in regards to his romantic relationships. On one song he’ll be wondering “Who Needs Love” and on another he’s begging “Love Me More”. It’s public knowledge that he recently stopped dating Coi Leray, but the album’s opening track, which is named after her, shrugs her f as irrelevant. Given these conflicting perspectives, it’s hard to determine whether Trippie is heartbroken or chilling.

Regardless, BlocBoy JB sensed pain in the project and related strongly to it. The Memphis rapper shared a video himself on his Instagram story, sitting in a bathroom, wiping away tears as he sings along to “Who Needs Love”. Even though the lines he’s rapping boast, “Still the same, I never changed, bitch / I been roamin’ ’round with the same clique”, BlocBoy finds himself deep in his feelings. Something in the song struck a chord that got him reminiscing about a past love. “Dis N**** @trippieredd Got Me Thinkin Bout My High School Sweetheart,” he wrote.

While BlocBoy was going through it, Trippie posted a video that emphasized that he’s all about the positive vibes right now. He credited his happiness as the reason why A Love Letter To You 4 just scored him his first #1 album.