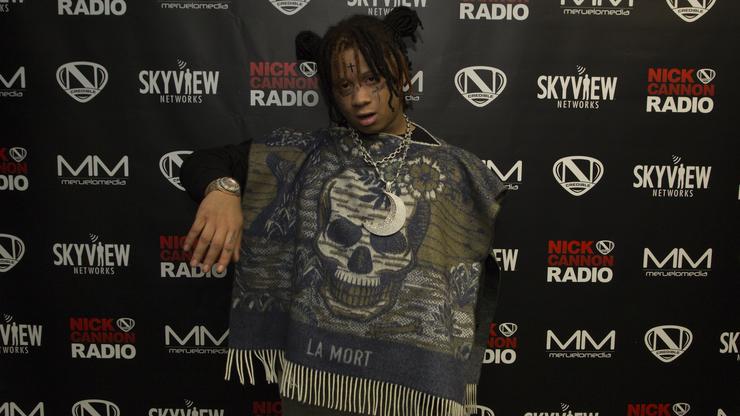 Trippie Redd brushes off Yung Bleu’s comment by showing off his plaques.

Drake is the biggest artist on the planet so you can only imagine the excitement with an up-and-coming artist who gets the chance to work with him. Sometimes, these collaborations never see the light of day while others drop out of nowhere and propel into Billboard charting singles. For budding acts, it’s really an opportunity to break out into global consciousness.

For Trippie Redd, it seems like he’ll be forever haunted by comments about missing the opportunity to work on “God’s Plan.” Now, the story’s been told — Drake asked Trippie to hop on the Billboard chart-topping single early on in his career, though he missed the opportunity. It’s almost become a punchline of sorts.

Drake is set to appear on the remix to Yung Bleu’s “You’re Mine Still,” due out this Friday. However, the Alabama rapper was hit with plenty of comments saying that his fate would be similar to Trippie’s when it came to working with Drake.

“Ain trippie drake told me to let y’all no I wasn’t gone even say s***! thanks ! Tune in Friday,” Bleu wrote.

Trippie caught wind of the comments and shared a screenshot of the slew of plaques he’s received recently. It was less of a stunt and more of a celebration of what he’s accomplished, even without working with Drake.

“Ni**as be right fr they could never be me… I ain’t need the hottest n***a in the game for this either ð¤ð¼lil 20 piece of new plaques I’m heading into the 40s now,” he captioned the post.