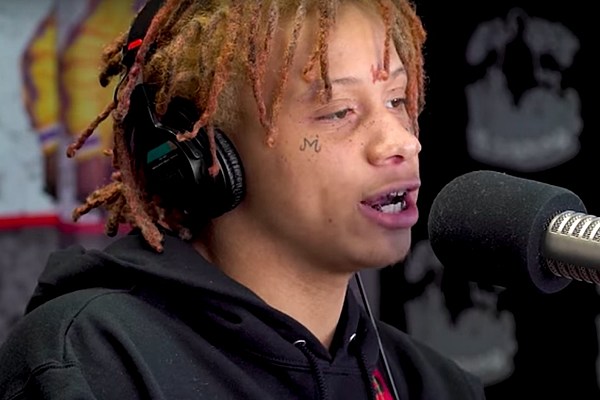 Trippie Redd is becoming a high in-demand artist on the rise in the hip-hop community, but he doesn't believe it has anything to do with the mumble rap population. During an interview with Big Boy, the Ohio native speaks on a slew topics, including his upcoming collaboration with Lil Wayne, as well as not considering himself a mumble rapper.

Around the 29-minute mark, Redd talks about respecting the hip-hop OGs who have their share negative opinions on today's rappers, but also says he doesn't necessarily think he's part that mumble rap conversation. The rapper says he " tries take everything they say into consideration. A lot stuff, I can't agree with."

As far as the mumble rap trend, Redd says, "I don't particularly feel like I'm a part that."

Prior to that, Trippie doesn't give much away about his upcoming Weezy collab, but he does mention seeing him as more a mentor as well.

"I would say he is a mentor to me, but we just vibe," he admits.

One the more crucial topics that the hosts wanted to discuss on the show was his beef with 6ix9ine. Redd says that the feud was blown out proportion because "the internet," but things did get heated between them in person.

"It was really just him doing some corny shit," says Trippie. "He actually pulled up on me and we talked about that…I was trying to fight, he wasn't trying to fight. He wanted to talk it out…We talked about whatever the situation was, and we ended up being cool again, and then the n***a did the weird shit."

Watch the full interview from Trippie Redd below to learn more.