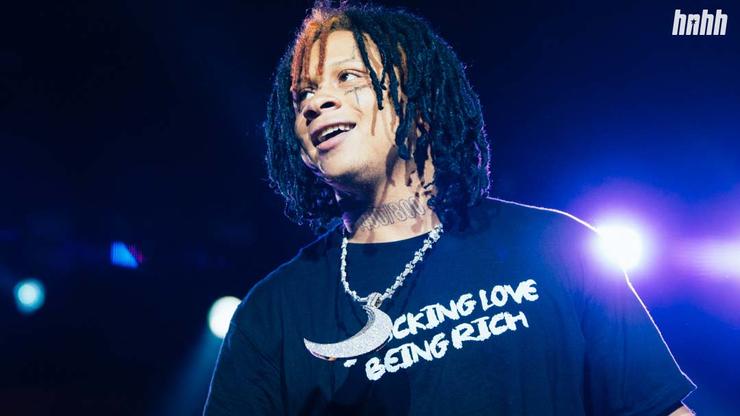 Trippie Redd does his best Chris Brown impression after they meet up in the studio.

It looks like we can expect some new music from Trippie Redd and Chris Brown in the near future. The two recording artists linked up this week to hammer out some hits in Trippie’s home studio, and the two forces had some fun while they were together.

At first, Trippie clowned Breezy in one post, making fun his seating position.

In the photo, CB is wearing shades, a yellow long sleeve, khaki pants, and red skate shoes. Trippie Redd decided to have a laugh at the icon’s expense, mimicking him and dressing as similarly as he could, taking a seat in the same chair, and taking a rival photo.

“Wen u feel like da goat,” he wrote on a second post, pairing his photo with Chris’. In the picture, Trippie himself wears a yellow t-shirt, khaki pants, and red kicks, pulling the same pose as his collaborator.

It’s nice to see these two working together and having fun. Hopefully, they’ve got some musical vibes that are as amusing as their social media shenanigans.

What are you expecting from their link-up? A new song? A full project? Or something different altogether?