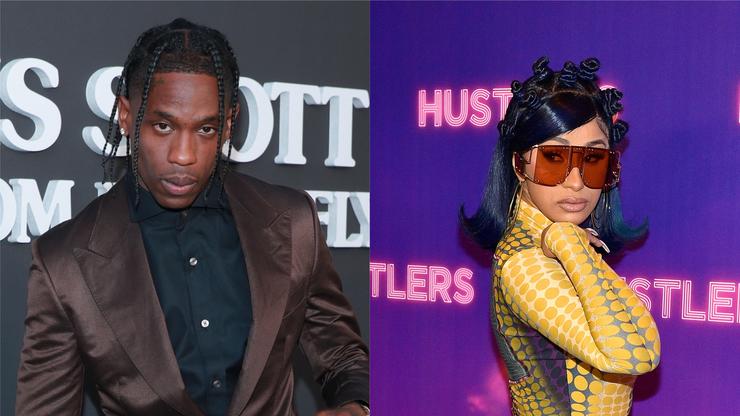 Although there is a lot beef in the rap game, much it is instigated or fabricated by fans. People want to start drama where there isn’t any for the sake entertainment, so their lapses in logical reasoning ten go unchecked. A perfect example this is those who thought Travis Scott‘s dismay at having lost for Best Rap Album at the 2018 Grammys – as displayed in his new Netflix documentary, Look Mom I Can Fly – meant that he also resented Cardi B for winning. In the documentary, Travis is seen angrily storming f down a hallway backstage after discovering that he did not win the award. While we tend to only see the smiling nominees applauding after the winner is announced, the reality is that most them probably feel on the inside as Travis did. That’s why providing this behind-the-curtain look is commendable. When you pour your heart and soul into a project, part you might be glad that you were even nominated, but another deeper part you believes you deserve all the accolades.

For some reason, viewers (mis)interpreted this scene the doc as an expression Travis’ dislike for Cardi or her album. The day the doc was premiered on Netflix, Cardi took to Twitter to defend her Grammy win, citing all the adversities she had to overcome to create Invasion Privacy. Meanwhile, fans were sounding f in the comments, fighting on either her or Travis’ behalf regarding who deserved the award. Cardi noticed this stupidity the following day and called out the “grown ass men” who were trying to make something out nothing. She pointed out that she had promoted Astroworld when it came out and that she has a “good relationship” with him.

Now, sources close to Travis have clarified to TMZ that his anger over the Grammy loss was nothing personal against Cardi. They also mentioned that although Travis was overcome by his emotions in that moment, he quickly got over it and carried on with his thriving career.