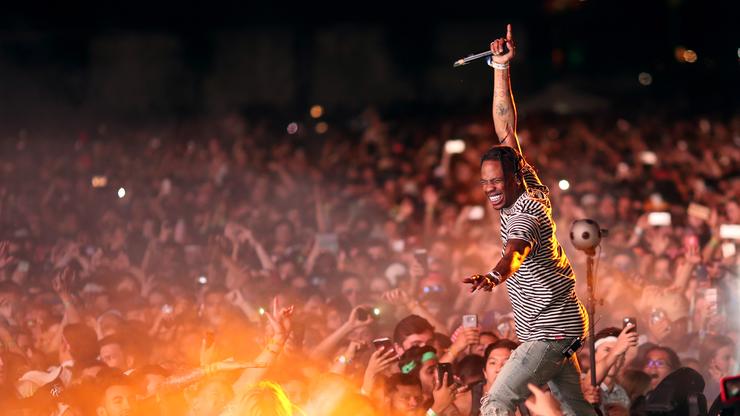 Hip hop fans lost it on social media after Travis Scott premiered new songs over on .WAV Radio for Apple Music. The rapper is one the most celebrated artists as everything he releases quickly tops the charts and goes platinum, so it was only fitting that when he gave previews to new music, from himself and a few his famous friends, fans lit up the internet. It’s been two years since Travis brought us a new episode  .WAV Radio, so you know he made sure it was a re-launch to remember.

Travis shared his two Big Sean collaborations titled “Lithuania” and “Zen” along with “White Tee” with Young Thug. He also played Cafeteria” by Chase B and Don Toliver along with Justin Bieber‘s “What’s Poppin” remix Jack Harlow’s hit track, YBN Cordae’s “Parables,” Nav‘s “Pickney” (produced by Wheezy), and Swae Lee’s “Scrooge.” People have grabbed the audio and uploaded the tracks around the internet, but we’re awaiting the ficial drops before sharing links. However, we’ve included social media grabs for those you who may have missed out on this latest episode Trav’s .WAV Radio. Check out a few clips and responses below.