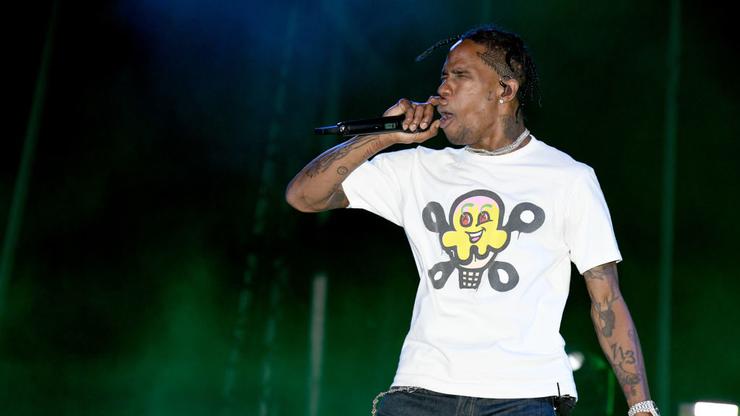 Travis Scott had fans a bit upset earlier this month when T-Pain shared the story about a studio session with the Astroworld star. Pain explained that he and Scott were locked in the studio where he heard bits  Astroworld. As Pain pulled up different beats, Travis Scott expressed disinterest prompting the “Bartender” singer to start cooking up something new on the fly.

“Nobody has these kinds beats sitting on their computer like that,” Pain recalled telling Travis after hearing “SICKO MODE.” As he continued to cook up beats and go into his production process, he was staring at his computer while trying to explain what he was doing to Travis. As he turned around, Pain said that he saw Travis Scott and his entourage nodding f. He even said that Travis was sleeping standing up.

Though T-Pain already cleared the air on the situation and said that they’re cool, Travis Scott addressed the entire situation on the the latest episode WAV. Radio.

“So I went to the stu, I think I was playing some joints. I played some the joints f Astroworld. Like letting him know where I was at. I think he started playing some joints. At the end the day, I’m blasted,” Scott said with a laugh. “So, like, man, I wasn’t sleeping in the stu. I don’t know if he thought I was asleep. Bro, I was blasted. That’s natural state.”

Travis and Chase B did add that everything is good between the two.