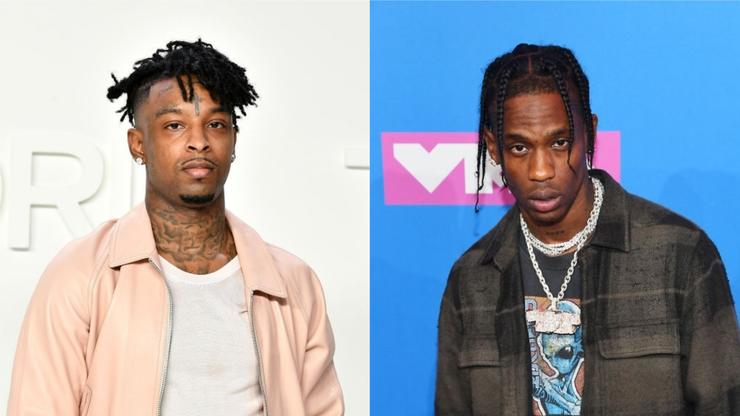 21 Savage and Travis Scott linked up in Houston and showed off their ‘fits.

When he’s not commanding the room’s attention on Clubhouse, 21 Savage is out living a rockstar lifestyle, recently linking up with Travis Scott in Houston, Texas.

The two rappers have been having outstanding years. After months of pressure from the fans, 21 Savage finally released Savage Mode 2 with Metro Boomin, going #1 with the album. Travis Scott has also been striving during the pandemic, showing his marketing and business savvy by collaborating with several high-ranking brands, including McDonald’s, Fortnite, and more.

They’ve individually been celebrating their successes and, this week, they decided to link up in H-Town to catch up and chop it up.

“4L Big 4L,” wrote 21 Savage, sharing a gallery of images from his meeting with La Flame. The rapper wears an Off-White face mask, a Chrome Hearts sweatshirt, some distressed denim, and Off-White rubber dunks. Travis stands beside him in some acid-washed jeans (that look to be leathery?), a massive chain, and his Reverse Air Jordan 1 samples.

Hopefully, they discussed music and how they can work together in the future because, after “NC-17”, “outside”, and “out for the night, pt. 2”, we could all use some future collaborations from 21 Savage and Travis Scott.

Who do you think had the better outfit of the two?