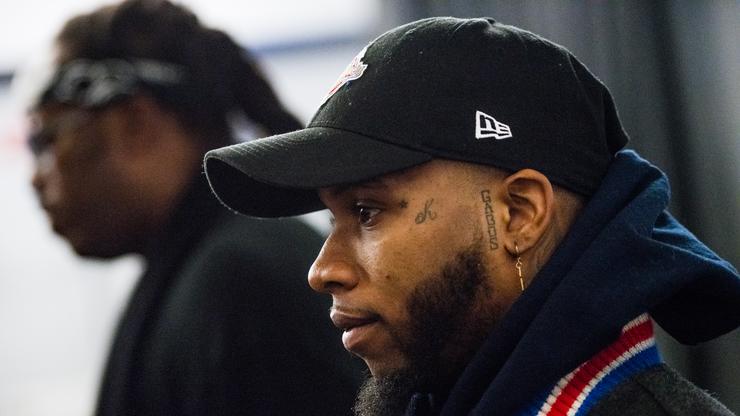 Sonstar Peterson spoke at length about the accusations against his son and how there is much that the public doesn’t know about.

It’s expected that when a child gets themselves into trouble, their parents will be there to help. Following the July shooting incident involving Tory Lanez and Megan Thee Stallion, Lanez has been blackballed by many media outlets and artists. Megan Thee Stallion came forward to name Tory as the person who shot her, but on his recently released album Daystar, Lanez insists that he isn’t the person responsible for injuring Megan and has since accused her team of setting him up to take the fall. There haven’t been many other artists or entertainers who have come forward to defend Lanez in recent months, but yesterday (September 29), the singer’s father Sonstar Peterson participated in an interview where he declared his son’s innocence.

During the conversation—a discussion that lasted over an hour—Sonstar, who has been in ministry for 40 years, condemned publications for speaking negatively about his son. “You would go to that extent to put your blog or your magazine out there to see something that… but I’m saying that they’re doing it for one reason and one reason only. ‘Cause here is a young man who is not going to back down. We have seen what the industry has done other Black young men.”

Sonstar brought up the recent controversy that Nick Cannon faced and how the media mogul lost a longtime deal because of his remarks, and mentioned Drake possibly going independent and collapsing the music industry. “This is not a Megan-Tory thing. That’s just the billboard advertising so that they can change our opinion or our attention to some other direction,” he added. “This is much bigger than Megan and Tory. This is first started out as Tory versus the industry. Now, it’s taking on a life of their own and they’re scared of it because Black folks are waking up. Before the 26th of September, most people had Tory crucified. He’s guilty, he’s whatever. They did not expect what was about to happen, and now the tone of popular opinion is shifting.“

“There have been a lot of lies that have already been told,” Sonstar said, before naming off publications that have spoken to “sources” who have said that Tory was the shooter. “I think a lot of these people, be it TIME magazine who put Megan on their front cover as the most influential person fo the year and then put Tory in another page as being the poster child for how to block troublesome artists on your Spotify. I want y’all to know very clearly: This game ain’t over yet. When the stuff really starts to come out of the closet, they will realize who was right, who was wrong.”

You watch the full video and listen to all of Sonstar’s comments below.