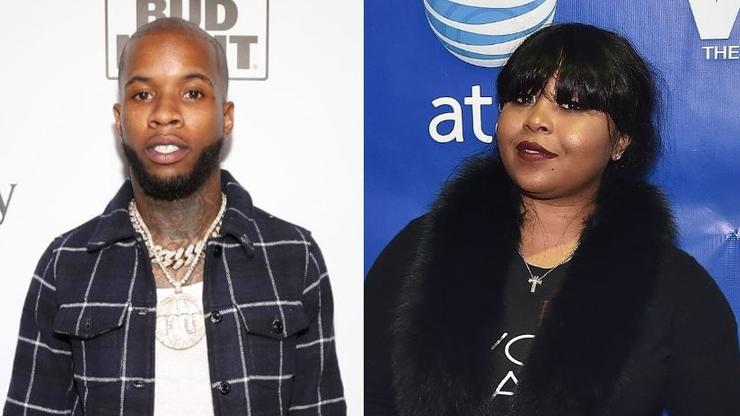 Meanwhile, Tory Lanez was firing f tweets about seeing celebrities and his famous friends denouncing what’s happening within the community. “And to any my black peers in this entertainment industry …. if your opinion on this matter at hand is ANYTHING along the lines ‘ we need to blame ourselves … and it’s not the cops fault ‘ or ‘u gotta look at both sides’ ..personally from me to u … F*CK OUTTA HERE.” He added that people have been crying about “protecting these businesses these huge brands and cooperations from looting” when they will in turn receive insurance money.

“WITH ALL THE THINGS GOING ON …. IM SEEING THIS LADY CRYING OVER THE GUCCI STORE BEING BROKEN INTO?!!?? THE F*CKING GUCCI STORE??!?!??” Shekinah was made aware Tory’s comments and the two engaged in a bit a heated exchange when they hopped on Instagram Live together. She claimed that she wasn’t upset about Gucci, but businesses being destroyed, while Tory Lanez let her know this all goes far beyond just George Floyd. Check it all out below.