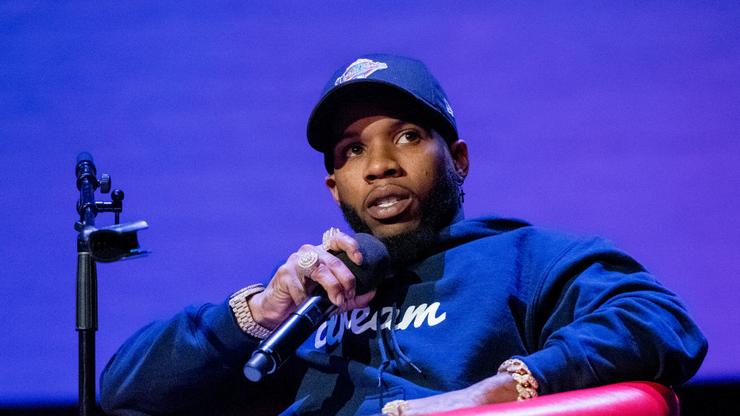 Tory Lanez shares his thoughts on why the state of music in 2022 is “mid.”

Tory Lanez prides himself on being a fan of the game just as much as he is an artist. So it comes as no surprise that the Canadian rapper/singer recently opened up about his disdain for the current state of music. On Sunday, Tory took to social media to share his thoughts on some of the projects released in 2022, saying, “For the first time in a long time ….. everything in music is MID right now … like I truly haven’t heard a project that has moved me in the last 8-9 months ….. 2022 what the [] is going on with u my boy lol.”

The “City Boy Summer” rapper’s social media sound-off didn’t stop there. He continued, “Like don’t get it twisted … we getting by off what out now … and u might have some heaters on every album here and there but … I kinda miss that ‘Kush and OJ’ …. ‘So Far Gone ‘ mixtape era when the body of work was more important than a [] hit song.”

Tory’s rant comes just days after he gifted Chris Brown with an iced-out “King of Pop” chain, engraved with several of Brown’s musical accomplishments throughout his nearly 20-year career, following the release of the singer’s tenth studio album Breezy. The Chixtape star showed off the diamond-studded piece via Instagram followed by a huge shoutout to Breezy, sharing, “@chrisbrownofficial IS THE KING OF POP WHEN IT COMES TO MY ERA AND MY GENERATION …….IDGAF.”

As for the albums he actually enjoyed this year, Tory went on to share, “The albums of 2022 I did like tho was Kendrick’s … breezy … Durk … NBA … and few more that I prolly can’t remember … but I can’t really think of a 2022 version of like a REASONABLE DOUBT or THE CHRONIC or COLLEGE DROPOUT.” Aside from sharing his thoughts on his peers, Lanez also revealed that his new project is “87% LOADED.” He even teased the possible title of the project, tweeting, “I think ima call the project ….. ‘SORRY 4 WHAT ?'”

Do you agree with Tory Lanez take on the state of music in 2022? Check out more of the rapper’s tweets below.