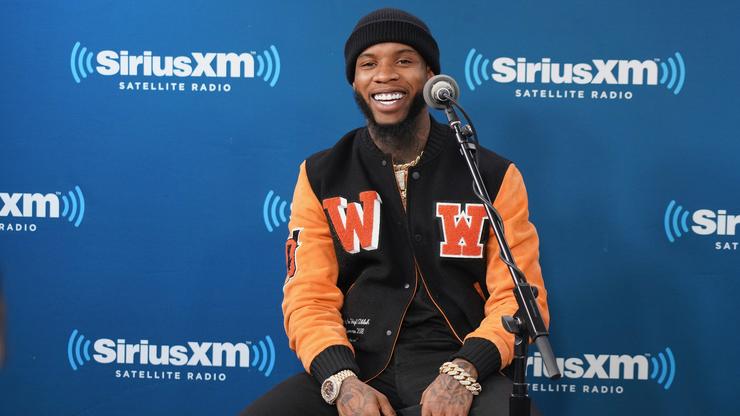 He shared a video of himself in Brooklyn giving away turkeys and other items to “families in less fortunate places and situations.”

For those of you who were excited to hear new music from Tory Lanez this week, you’ll have to wait a tad bit longer. The rapper-singer recently promised his fans that on Thanksgiving he would set off a series of capsules, but on Monday (November 23), he gave an update, saying that he wanted to focus on helping those less fortunate this week instead of worrying about releases. He did follow-up by adding that next week, new tunes would be on their way and it sounds as if we can expect much from his camp.

Lanez also shared a video of himself in Brooklyn with his team and stated that he’d spent thousands of dollars on groceries so people could enjoy their Thanksgiving holiday. “So today I spent like 15K and Got turkeys and extra groceries For families in less fortunate places and situations,” he penned in the caption. This event was something that was close to his heart because Tory said he knows the feeling of not having enough to get by.

“I used to be homeless and I hated thanksgiving cuz I wasn’t able to afford sh*t or cook sh*t,” he said. “S/O my n*gga Soul B & Johnny Cash (WE DID THIS BY OURSELF NO COOPERATION OR COMPANY HELP … … this is my way of helping what ever kid might be going through the same thing I was ! LOVE FROM THE UMBRELLAS HAPPY THANKSGIVING.”

Watch it all go down below.