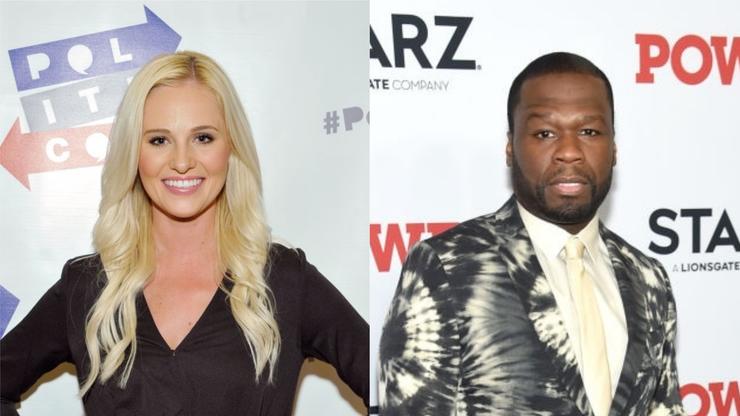 At the beginning of this year, Tomi Lahren said that she went through a “phase” where she listened to a lot of 50 Cent music. Finally, the time has come where she can openly praise the Get Rich Or Die Tryin’ rapper again because, yesterday, he endorsed President Donald Trump in the upcoming election.

In a shocking move, which really came from out of left field, 50 Cent urged his supporters to vote for Trump in November, citing Biden’s proposed tax plan for the rich as his reason. Many have criticized Fiddy for his endorsement, dragging him for placing his personal finances higher than the health of the nation, climate change, and systemic racism on his list of priorities.

“WHAT THE F*CK! (VOTE ForTRUMP),” wrote 50 Cent on Instagram. “I don’t care Trump doesn’t like black people 62% are you out of ya f*cking mind,” he added, referring to the tax hike for those who make over $400,000 annually in California and New York.

As expected, Republicans are already starting to use 50 Cent’s endorsement as a tokenized weapon, with people including Candace Owens and Tomi Lahren commenting on the importance of Fif’s word.

Despite some of the things she’s said about him in the past, Tomi Lahren even extended an olive branch to Fif, welcoming him onboard the crashing Trump Train.

“Welcome to the Trump Train,” she excitedly wrote on 50’s post. She also celebrated on Twitter, rejoicing in the rapper’s endorsement and adding, “Let’s go!!!”