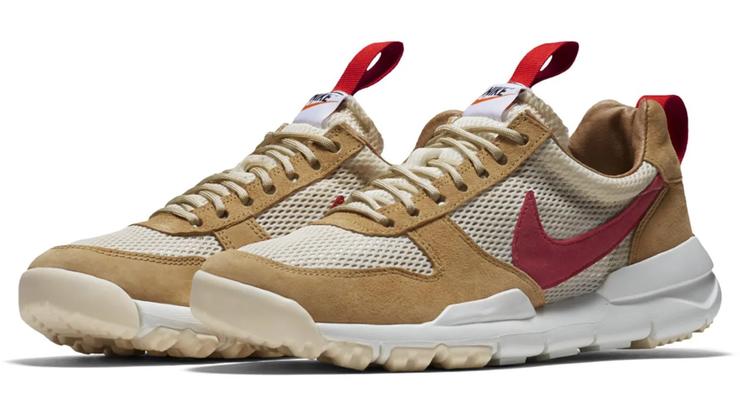 Fans this iconic collab are going to be happy about this recent news.

If you’re a sneakerhead who goes well beyond the typical Hypebeast culture, then you probably know about the Tom Sachs x Nike Mars Yard collab. For those who don’t know, the Mars Yard was designed with space travel in mind and is literally modeled after the planet Mars. If you needed a shoe to traverse the rocky planet, you would probably end up wearing these for both aesthetics and practicality.

There was a 2.0 version released a few years ago and earlier this year there were rumors that a restock could end up happening. According to SoleHeatOnFeet, instead a restock, there will be a Mars Yard 2.5 with an updated colorway listed as “Particle Beige/Sport Red.” Based on the post below, it seems as though this shoe will be dropping during the late stages 2020 although there is no guarantee that this is the case.

For those who love the story behind sneakers, this collab is certainly one to watch out for, especially since resale prices on the previous models are astronomical. This could be your chance to finally get your hands on one Nike’s most unique works art to date.

Let us know what you think in the comments below.