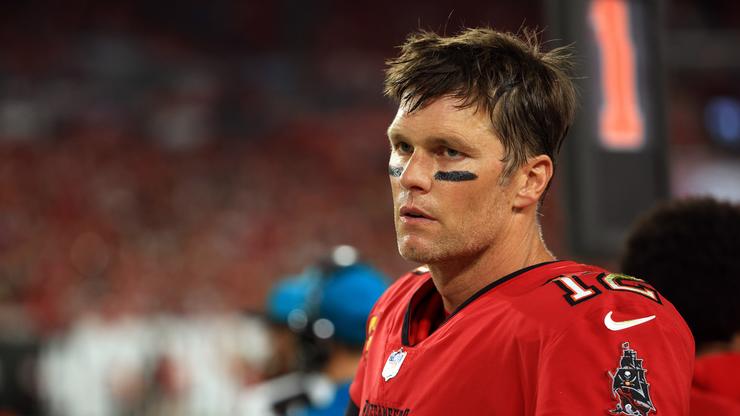 The Buccaneers fell to a depleted Saints team.

Every single year, it feels like Tom Brady and his teammates find themselves in a bit of an underdog position, at least for a brief moment. Losses to mediocre teams bring forth some doubt, and last night was one of those moments in which fans questioned whether or not this Buccaneers team can actually do anything in the postseason.

The Buccaneers lost to the New Orleans Saints by a score of 9-0, and it was shocking to see Brady get shutout for the first time in 15 years. Brady was simply no good as he threw for one interception and barely made 50 percent of his passes. Not to mention, the team had stars like Chris Godwin, Mike Evans, and Leonard Fournette go down with injuries.

After the game, Brady got to speak about the loss, and as one would imagine, he was pretty pissed off about it. According to Greg Auman, Brady had very little to say about the matter, however, he did acknowledge the team’s shortcomings throughout the evening.

“I don’t think we were much good of anything tonight,” Brady said. “We just didn’t play well enough. Obviously if you don’t score points, you’re not going to win.”

While it was a bad night for the Buccaneers, it was a fantastic day for the Green Bay Packers, who were the only NFC frontrunner to win their game on Sunday. Now, the Packers are 11-3 and sit first place in the Conference which means if the playoffs were to start today, they would be gifted the bye.