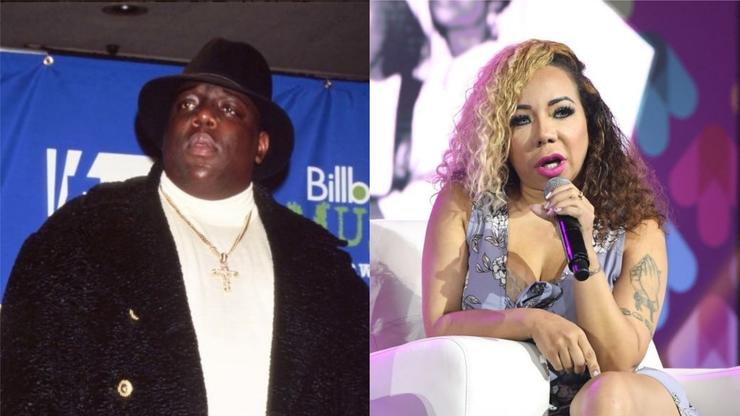 Tiny says The Notorious B.I.G. apologized for dissing her and Xscape thirty minutes before he was murdered.

In his infectious “Just Playing (Dreams)”, The Notorious B.I.G.name-drops a number of R&B artists that he would bed, including Tina Turner, Toni Braxton, and more. He also disses a number of other stars, including the girls from Xscape.

“I’ll f*ck RuPaul before I f*ck them ugly-ass Xscape b*tches,” raps the legendary emcee on the record.

Several years after the release of the song, Biggie and Xscape crossed paths at the infamous Vibe party in 1997, where the rapper was fatally shot. Thirty minutes prior to his tragedy, Tiny from Xscape claims that Big came to apologize to the girls.

“There was a couple of times after the ‘Dreams’ song that– we had a couple of shows and Jermaine would be like, ‘Biggie wants to see y’all. He wants to talk to y’all.’ And, you know, some of the girls were like, no,” explained Tiny Harris in her new interview with VladTV. “I just remember us not wanting to deal with him. Not wanting to talk to him. And then, at the Vibe party, he was there and someone came to us and said Biggie wanted to speak to us. Kandi was like, ‘I’m not going over there. I don’t wanna talk to him.’ So I was just like, I’ll go over there. So I went.”

She continues, explaining what the conversation consisted of.

“He basically apologized for saying that, that he thought we were beautiful,” says Tiny about Biggie. “He was like, ‘I’m an ugly motherf*cker and I ain’t had no b*tches talking about nobody’, you know. We laughed and we hugged or whatever and it was all good. And then, you know…”

The interviewer chimes in to fill her blank, saying that thirty minutes after the conversation ended, Biggie was shot dead at the party.

Watch the latest part of Tiny’s interview with VladTV above.