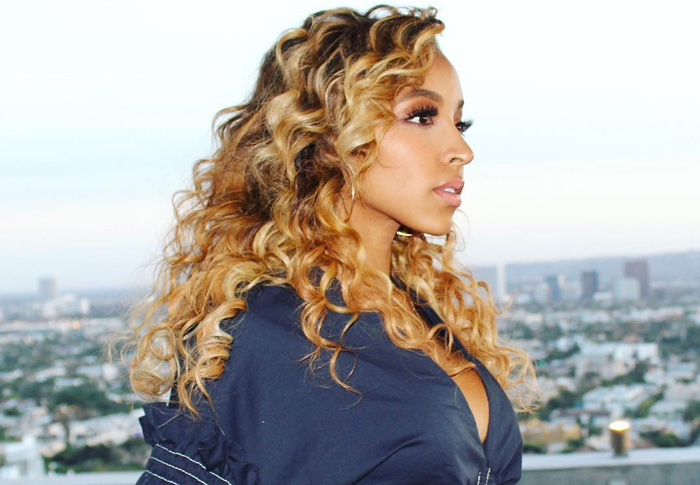 Nearly three years after announcing Joyride, Tinashe teases what could be a sign things to come from her long-awaited sophomore album.

Taking to social media, the R&B songstress revealed a distorted and static-filled video television sets lit up to look like a cross. “If my life was like a movie I’d need 50 sequels,” she captioned the clip.

Could Joyride finally see a release in 2018? Tinashe first announced her sophomore album in 2015. “I always had it in the back my head, but it started to become more and more relevant to my current state my career,” she said. “With all this traveling I’ve done this past year and everything I’ve gone through, it just really feels like an adventure, a journey, a ride.”

Since then, however, Joyride has been pushed back several times. In 2016, she canceled the “Joyride Tour” and said that the album was close to being released with new material she was proud . “Obviously you feel bad for letting anyone down, so pushing back any part the tour was really hard for me,” she told Rap-Up in August 2016. “I feel like it was honestly the right thing to do. I was able to create some really amazing stuff in the last couple months for the album. Now I think it’s in an amazing place.”

At the time, she said that the album was set to arrive in October with music that was “mostly recorded in 2015.” “The heart the album still remains the same,” she said. “I’m still just adding little tidbits, little touches, anything that inspires me throughout this year.”

By March last year, Joyride was still in the vault and Tinashe told Rap-Up that its release date was still unknown. “It’s going to come out when it comes out,” she said. “I’m just excited to continue to release new material. I have a lot new music and I’m really excited about that. It’s all good things.”