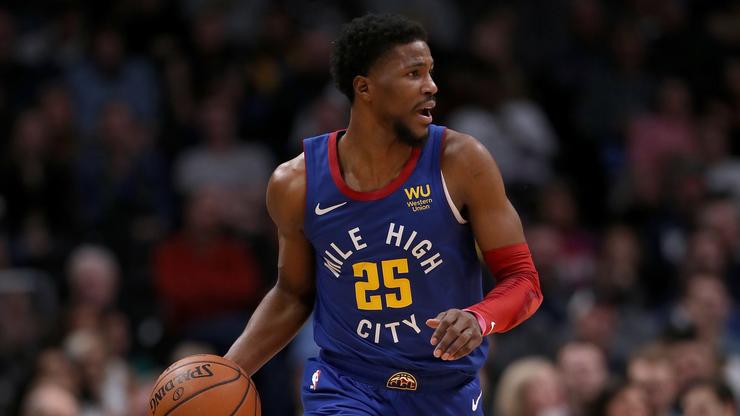 He was arrested Saturday night and is currently being held without bail.

He is being held without bail until he is able to get in front of a judge.

The Timberwolves released a cautious statement in response to the news.

“We are aware of the situation involving Malik Beasley and are in the process of gathering information at this time,” their succinct response read.

According to Beasley’s lawyer, “multiple individuals were present at the residence” although it’s not yet clear if Beasley was the only arrest made last night.

“The allegations against Malik will be defended vigorously,” his attorney said.

In regards to the charges, one can safely presume that the marijuana possession charge was tacked on after police came into the home to arrest the 23 year old. The stolen property charges are likely what attracted the police’s attention, but specifics are still unknown at this time.

The timing is particularly awkward for Beasley, who is approaching free agency soon. Luckily for him, Timberwolves president Gersson Rosas is invested in a future with Beasley and the roster. He was quoted as saying he wanted Beasley on the Timberwolves for “a long, long time. Hopefully, the rest of [his career].”